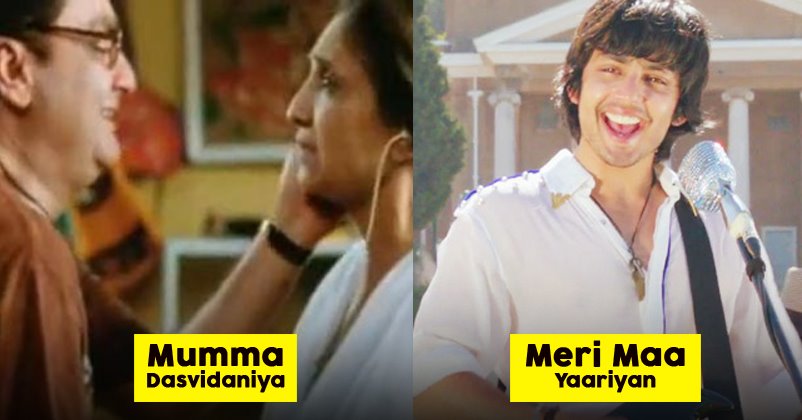 There is a Jewish proverb true for all the mothers in the world- A mother understands what a child does not say. Mother is a child’s first best friend, a teacher, and a motivator. She works 365 days a year and never demands a break from being a mother. It’s true that we can’t repay her but we can make this Mothers’ Day special with these Bollywood songs for her:

One of the most beautiful and heart-wrenching songs for Mothers’ Day depicts the emotions of a child after being separated from his mother. If you have been living away from your mom for a long time, you can definitely feel the pain with this one. The song has been by written by Prasoon Joshi and sang beautifully by Shankar Mahadevan who also co-composed it with Ehsaan and Loy.

From the film Raja Aur Runk, this classic song is a must watch the emotional song on this Mothers’ Day. The song sung by Lata Mangeshkar narrates the importance of mother in a child’s life and belief a child has in his mother. Anand Bakshi has written this lovely song and Laxmikant Pyarelal has given music to it.

3. Meri Maa from the film Yaariyan

We were attached to mom even before we came to this world and our mom is connected to us even if we are far away from her, and this beautiful song portrays the same feeling. Sung by K.K. this song will unquestionably moist your eyes reminding you of your mom. Pritam has given music to the soulful track.

Sung by the iconic singer Mohammed Rafi and Mahendra Kapoor this song describes the mother as God and how seeing the mother is equal to seeing God. It is not an emotional song and in spite of being old, it is refreshing.

This one is another classic song featuring one of the most loving mothers of Bollywood Farida Jalal and one of the most obedient sons of the film industry Anil Kapoor. The song counts the blessings and debts of a mother on a child. Udit Narayan and Jyotsna Hardikar have given their beautiful voice to the song and Anand-Milind has given music.

6. Mumma from the film Dasvidaniya

In the deep voice of Kailash Kher, who has also given music to the song, this song will surely lighten the mood with its guitar strumming in the background. This amazing should be in everyone’s list this Mothers’ Day.

No one can forget this touching song from the film Rang De Basanti portraying the emotions of a mother who has lost his pilot son in an accident. The lyrics and the music of the song make us tearful every time we listen to it. Lata Mangeshkar and A R Rahman have given voice to the Prasoon Joshi and Nacim written song.

Taking a break from the overdose of emotional songs, this one funny as hell and describes every household situation. Amitabh Verma and Sneha Khanwalkar have explained an overprotective mother who can’t take her children missing her call, in a very funny way. Kirron Kher has played the coolest mom ever and Sonam Kapoor the frustrated child who has her mother interfering in her life a little too much.

Pakistani singer Atif Aslam has sung this heartful song from the movie Phata Poster Nikal Hero featuring Shahid Kapoor and Padmini Kolhapure. Irshad Kamil has written the lyrics while Pritam has given music to it. The song portrays the beautiful relation of mother and son.

This song is a special dedication to all the mothers of the world in the voice of Parichay who has also given the music. Pradyot Salunke has written the beautiful lyrics, defines a mother through the worldly things and the greatest gift of God.

Student Of The Year 2 Witnesses Growth On Second Day, Collection Out
After Area 51, 40,000 Join FB Event To Storm Bermuda Triangle