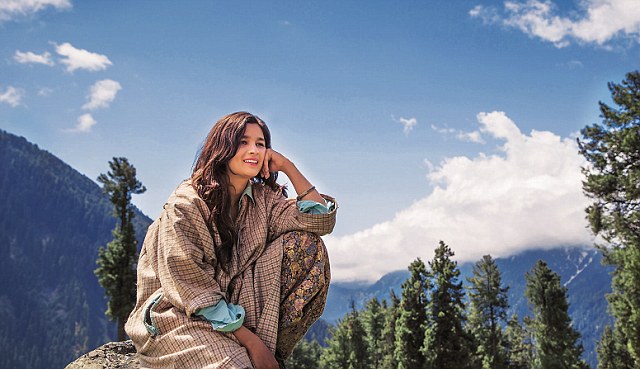 India is well-known for its beauty and cultural heritage sites. This has also inspired many filmmakers to shot on these locations. Thus, we have listed some movies that you can sit back and relax to admire the scenic beauty.

This film has some parts of the north India with its most scenic places. You get to see India Gate and also candle March. The director of this movie Rakeysh Omprakash Mehra has also shown Golden Temple, Nahargarh Fort reservoir. This movie has captured most of the parts of Rajasthan like Jaipur’s Raj Mandir cinema, the colourful markets, Mehrangarh Fort. This also shown pink city and Mehrangarh Fort in the title song. This beautiful love story in the film is accompanied by few scenic vistas of Indian places. This has various dancing and song sequence shit in Punjab’s lands, Purana Qila of Delhi and Wagah Border. These stunning spectacles will also show you golden fields of Punjab, small ponds, calming gushing rivers, rural life in India. This movie was mostly shot with dense forests around and sparkling snow glory. You get to see peaks of Gulmarg in snow, but this is shown as Manali in the 1st half of the film. They have also captured some beaitufil Himalayan landscapes on treks. You can also get to see many heritage sites like Hadimba Temple located in Manali, city palace in Udaipure and fort of Chittorgarh. Go to a journey of Darjeeling with the film Barfi. This film has its hill-station’s, muddy slopes and lovely fenced roads. You can see the colourful small streets, clock tower, Glenary’s Cafe and also Darjeeling Himalayan Railway. This comedy movie has scenic beauty like Dudhsagar Falls and Munnar hills to show you. Take a journey from Delhi to Kashmir with the movie Fanaa. You can see Qutab Minar, India gate, Red Fort, Humayun’s Tomb, Purana Qila and some peaks of Himalaya. This shows the natural beauty of Dalhousie like its hill town, winding roads, wooden houses, and oak valleys, pine trees. This film will surely take you to most of the places in India like Delhi, Punjab, Haryana, Kashmir, Rajasthan and Himachal Pradesh with its road trip. You can also see Aru Valley of Kashmir in this movie. Continue Reading
You may also like...
Related Topics:bollywood, India, travel