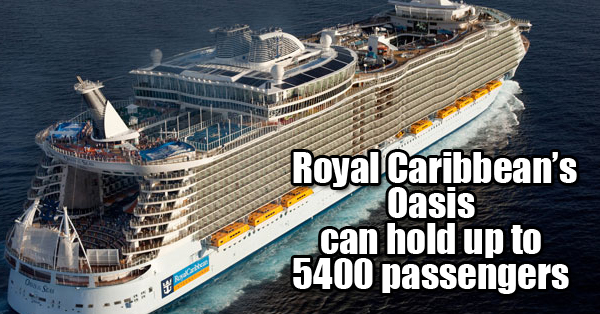 Humans have build some really amazing and interesting things, from Skyscrapers to Airports, submarines to ships. And we are still creating new and innovative things around the world. This is our list of 10 largest man-made things.

The largest man-made objects in the world are submarine communications cables. From San Francisco to Japan and San Francisco to New Zealand, the cables cover over 5,000 mi (8,000 km) with a total weight of more than 176 million pounds (80,000 metric tons) per cable.

The biggest bomb that was ever detonated was fifty megatons Tsar Bomb. King Fahd International Airport located in Dammam, Saudi Arabia, is the largest in the world.

The Royal Caribbean’s Oasis is the largest passenger ship, which can hold up to 5400 passengers.

The Antonov An-225 Mriya is a cargo aircraft that was designed by in Soviet Union’s in 1980s. The Georgia Aquarium in Atlanta is the largest in the world housing more than 100,000 sea creatures. St. Peter’s Basilica is a Late Renaissance church located in Vatican City and it took 120 years to complete (1506–1626).

The world’s largest crossword has been built on the side of a tower block in Ukraine and is more than 30.5 meters (100 ft) high The Great Wall of China is the biggest wall in the world. 10 Unique Benefits Of Drinking Coconut Water
Finally a Jain Breaks His Silence On The Meat Ban: An Open Letter To Fellow Indians