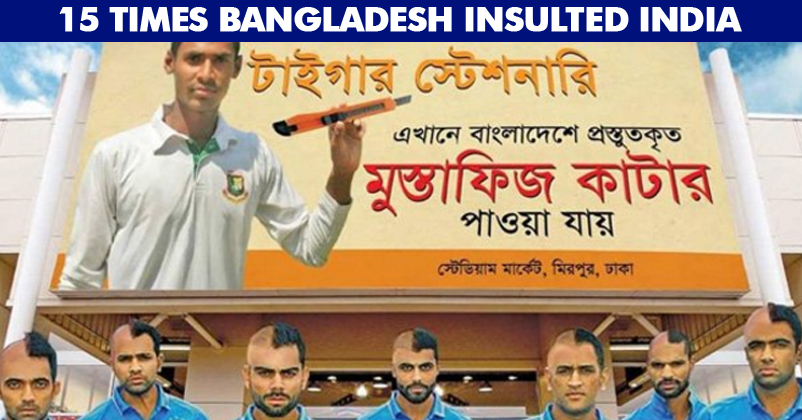 If India vs Pakistan or India vs Australia matches in the past were any less in raising the excitement among cricket lovers, team Bangladesh is also catching up fast. The team that was hardly considered as competition just a few years back has started challenging Team India in the field as well as Social Media.

While Team Bangladesh is at its best recently, there’s still a long way to go as far as competition is concerned. Ahead of the semi-final match, let’s take a look how Bangladeshi fans have trolled Team India in past. We think these memes will just make the match more interesting. Have a look-

When Bangladeshis Made Team India Wait For The Train That joke on Dhoni When they tried to shave off Team India’s hair When Grandson tries to be father We leave the answer for Virat himself That joke on Narendra Modi Everyone knows who are the kids That Panga with Dhoni Well, the jokes by them are obviously dumb, the photoshop is an Epic Fail. Let’s see how they perform on field.

Continue Reading
You may also like...
Related Topics:Bangladesh, India