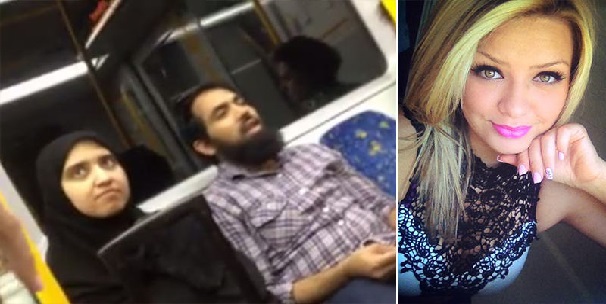 Such things do not happen everyday, but when such incidents occur we should better take notice of it and appreciate the fact that people are standing up for what is right.

We are talking about a girl from Australia, Stacey Eden who recently stood up for a Muslim couple travelling through train, and were a target of racial abuse by fellow co-passenger. The old lady who saw them start hurling racial abuses and the racist woman in question was calling the Msulim woman an ‘ISIS supporter’ because of the hijab she was wearing.

However, when Stacey could not take this anymore she questioned the old woman how was the Muslim couple related to ‘ISIS’ to which she replied rudely and asked Stacey to shut up.
Stacey was not deterred from the rude behavior she rather went onto say, ‘if you’ve got nothing nice to say, don’t say anything, simple’.

It feels to good to see people not being biased and judgmental towards different race of people and standing up for what is wrong.

Proud of You, Stacey!