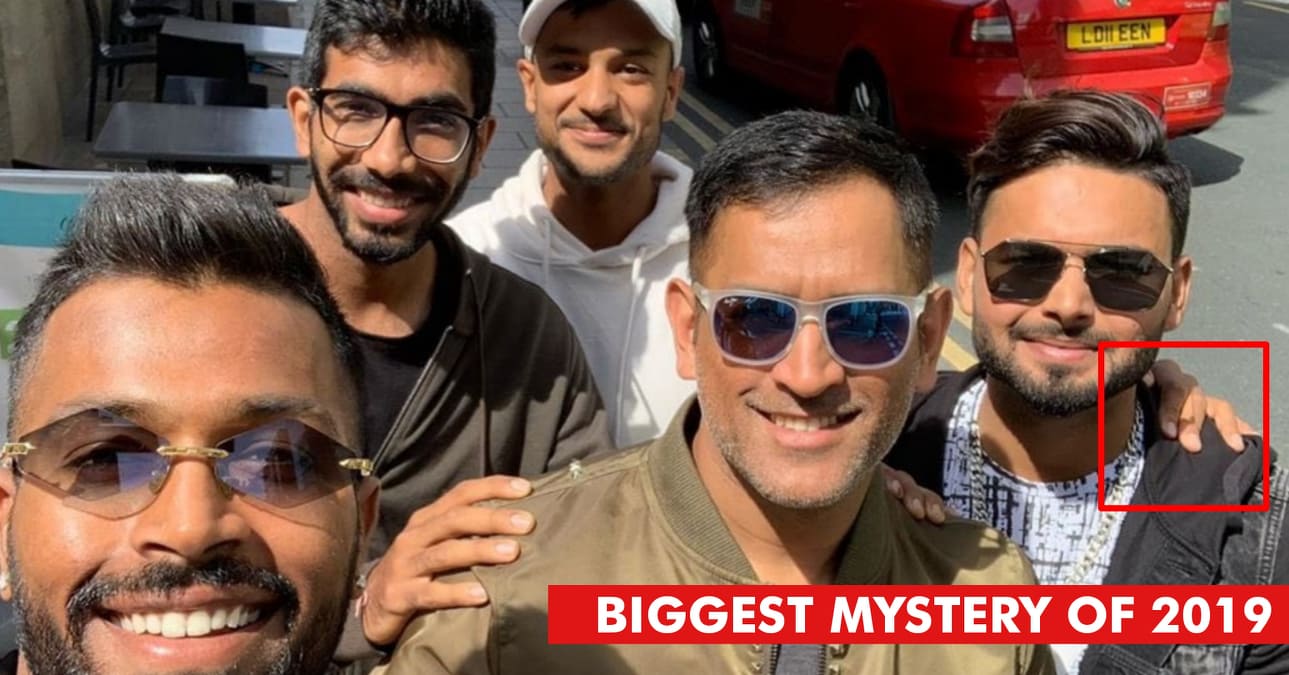 India has secured its position in the semi-finals and our Men in Blue can be seen taking a day off. Why not? They deserve it after all the hard work. With only one loss against England, the team held a good position in the World Cup 2019. After their victory against Bangladesh in the last match, the cricketers were seen spending some time outside enjoying themselves!

Prior to the game with Sri Lanka, Indian all-rounder Hardik Pandya posted a picture on Twitter with MS Dhoni, Mayank Agarwal, Rishabh Pant and Jasprit Bumrah and captioned it: “Boys day out”. But it was not the smiling faces of their favorite cricketers that intrigued everyone. It was the hand on Rishabh Pant’s shoulder.

Must be Kanoon ka hath! Because i heard that since childhood that Kanoon ke hath Lambe hote hai! 😂😂@RishabPant777

Whose hand is on Pant’s shoulder ? Is anyone hiding in this pic or an Optical illusion? #MyRahulMyPride #WIvsAFG #FancyFacism pic.twitter.com/XuqadgkFhV

What do you think of this photo?