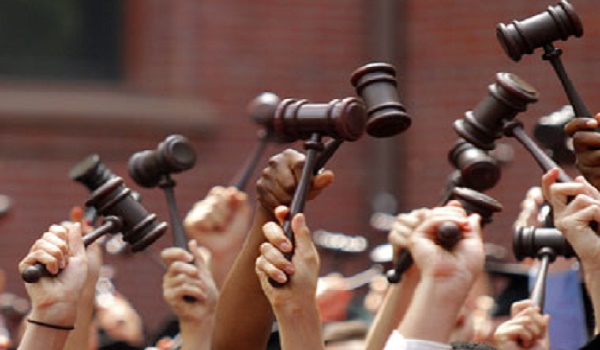 A school teacher in Amroha was booked under Section 151 (Breach of Peace) on April 27 and sent to Nari Niketan as she was interested in getting married to a Muslim man named Naser Ali. The school teacher, Ms. Kanchan Verma and Naser Ali were presented before Dhanaura’s Sub Divisional Magistrate who ordered Judicial custody for Naser Ali and sent Kanchan to Nari Niketan. A petition in High Court was filed by Kanchan Verma complaining Habeas Corpus and limitations put on her for attending the school.

The Division Bench consisting of two Judges was formed who passed the judgement that whatever has happened with Kanchan and Naser is violation of Article 21 of the Constitution. The bench comprised of Justice Tarun Agarwala and Amar Singh Chauhan and they stronglt criticized the SDM as there was no reason to confine Kanchan in Nari Niketan as she is an adult and has the full right to marry or live with the person of her choice. The court has instructed the police to take Kanchan to her parent’s house and in addition also stated that she has complete freedom in selecting the life partner of her choice, irrespective of religion.

To what extent is it correct or justified? Are you of the opinion that they should be separated or are you in the favor of their being united? Share your views in the comments section below!

Deadly Delhi Heat Showed Anger & Didn’t Leave Roads Even, Watch How Cruelly It Melted This Road
SHOCKING: Every Glass Of Water You Take Has DINOSAUR URINE In It