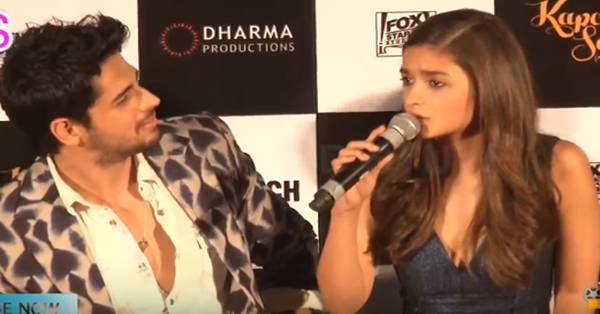 There was a time when Alia Bhatt was more popular for her low IQ than her beauty and acting and no matter how hard she has tried, memories of her awful past still haunts the actress and just stand before anytime in some form.

Recently, she was being interviewed which was related to her upcoming movie “Kapoor and Sons” that also stars Sidharth Malhotra, Fawad Khan and Rishi Kapoor. During the interview, a journalist made an attempt to troll Alia by saying “Alia, you are intellectual by your genes itself”, adding that she is “the person who is known in the country for HIS/HER General Knowledge” to which Alia instantly gave him a counterblast by asking whether he has any doubt or confusion about her being a “female”!!

Don’t forget to share your views about it in the comments section below.

Don’t Miss Out This Hilarious Reply Given By Kat When She Hears Salman Called Her ‘Mazdoor’
Ever Wondered How And When Airplanes Toilets Are Cleaned ? Watch To Know