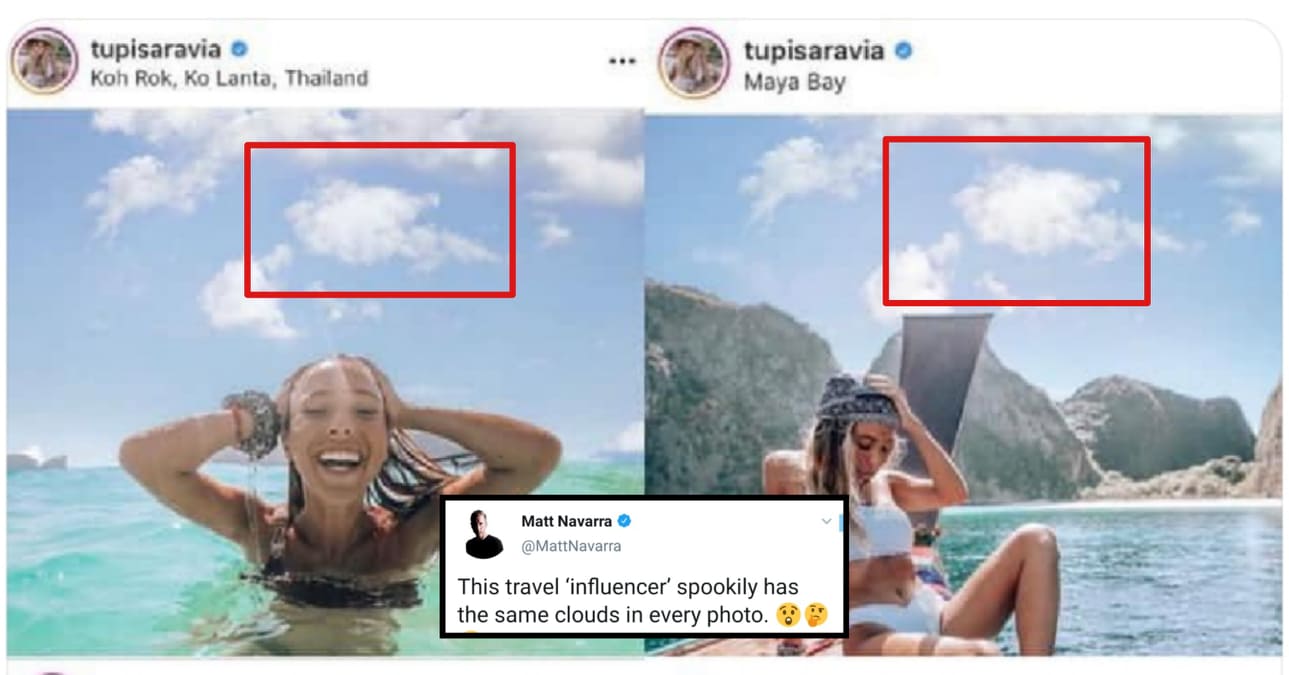 Photos of a travel blogger on Instagram Tupi Saravia of Buenos Aires is making rounds on the internet for a very peculiar reason. Her followers have noticed that all of her photos have the same type of cloud formation. And someone shared the screenshots of her posts on various social media platforms, which made her the new viral material.

Tupi has over 280,000 followers on Instagram and her account became a subject of jokes and trolling after her photos went viral. A Twitter Matt Navarra shared several screenshots of Tupi’s Instagram posts. He captioned the pictures, “This travel ‘influencer’ spookily has the same clouds in every photo. 😲🤔😆”

This travel ‘influencer’ spookily has the same clouds in every photo. 😲🤔😆 pic.twitter.com/uYzXhTiRJp

As soon as the internet realized that the travel blogger is actually making fool of her followers they trolled her brutally. Some hailed her photographer while some praised her photo editor.

Here are some of the best reactions from the netizens to the influencer’s viral photo on various social media platforms. 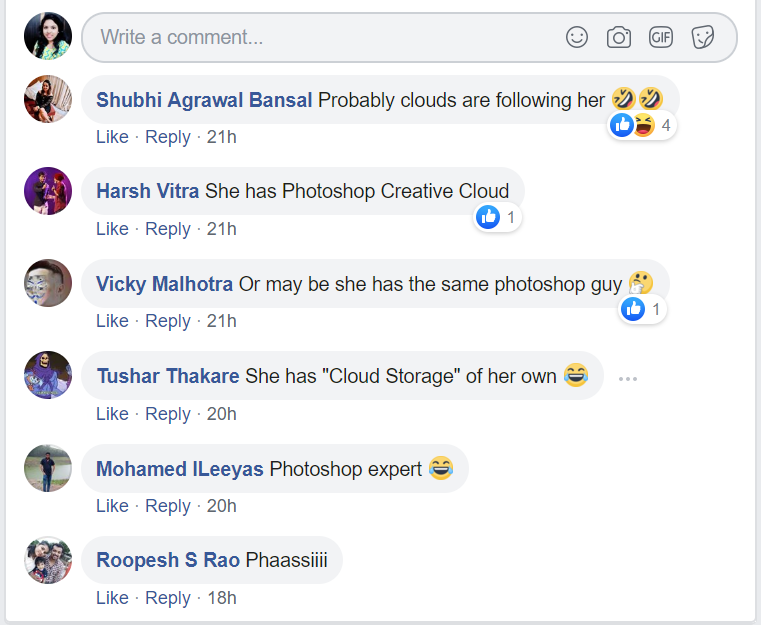 Must be her favorite cloud

The clouds bay be the only real things in the pictures

I have to admire the quality of that work tho!

Those clouds are loyal followers ☺️

Our very own Olaf! pic.twitter.com/SO9wIfSVJT