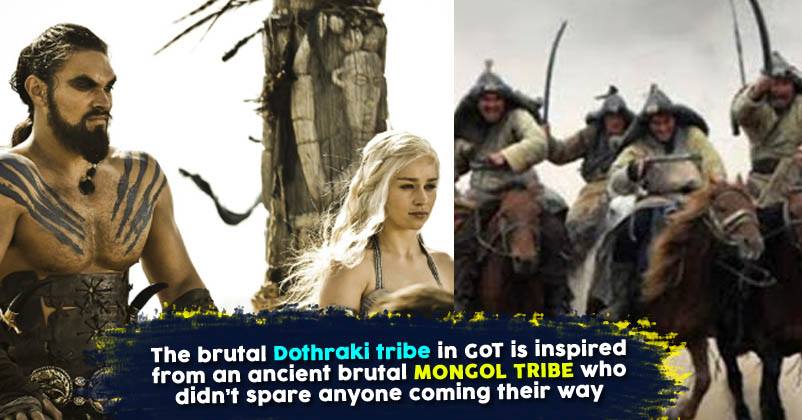 Your favorite American TV series Game Of Thrones might be a fantasy show but this doesn’t mean that it has no resemblance with any person or situation whatsoever. The series is an adaptation of George R. R. Martin‘s fantasy novels A Song of Ice and Fire. The author has picked up some greatest events from world history and used it in his novels.
Here are some historical events which inspired some incidents of the Game of Thrones-

1. The Red Wedding and The Black Dinner

The Red Wedding was a massacre which happened in the castle of The Freys. After the marriage ceremony Edmure Tully and Roslin Frey, King Robb, his wife, Queen Talisa, his mother, Lady Catelyn, most of his bannermen and men-at-arms, around 15,000 men were brutally murdered. This sequence of the show was inspired by the real historical event Black Dinner.

A dinner hosted for 10 years old King James II, was a children’s tea party in Scotland. 16 years old William Douglas and his brother David, heads of the powerful Scottish clan were also invited for the dinner. The children’s dinner turned to a massacre when the King’s men killed all of them including William and David. 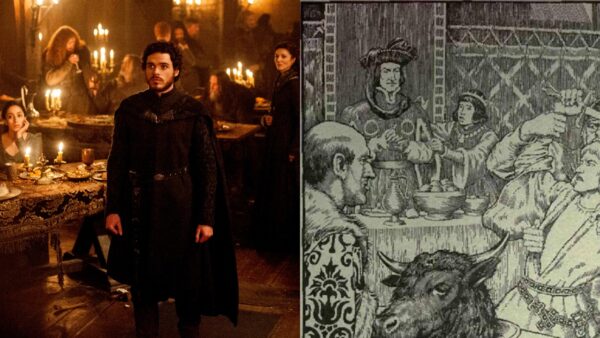 2. Lannister & Starks and War of Roses

The cutthroat enmity between the Lannnisters and Starks is the main focus of the series since the very beginning. This plot has been borrowed by a true story known as War Of Roses. It was a series of English civil wars fought between two conflicting wings of the royal House of Plantagenet: the House of Lancaster, symbolized with a red rose, and the House of York, whose symbol was a white rose. Eventually, the war resulted in the elimination of the male line of both the families.
Well, if you look closely, you can even notice the resemblance of the names of the houses. Isn’t it interesting? 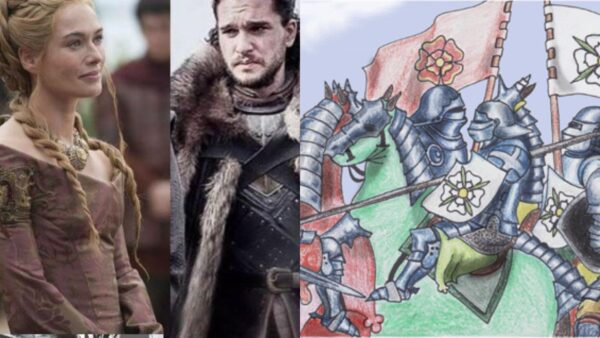 You think the arrogant King of Westeros Joffrey is only a fictional character, you are certainly wrong. You would have hated him at some point in the series but do you know that his character has been adopted from a real-life teenage King Edward of Lancaster. He was throned at the age of 13 and he is said to be suffering from a mental illness. And just like Joffrey’s legitimacy, Edward’s was also questioned. It was a widespread rumor that Edward was a result of his mother’s affair with one of her loyal supporters. 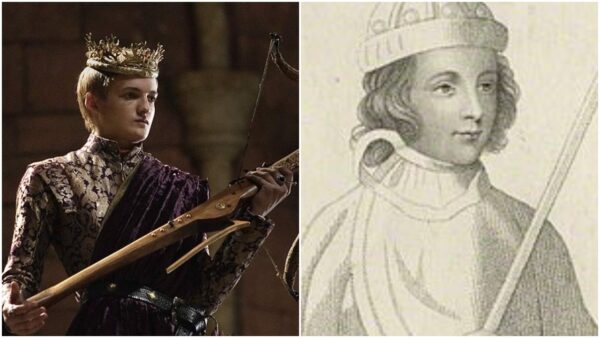 4. Wall Of The North and Hadrian’s Wall

The idea of the solid ice wall protecting the North from the nightwalkers and the wildings has been taken from Hadrian’s Wall, also called the Roman Wall or Picts’ Wall. Just like the TV series, a lot has taken place around the Hadrian’s Wall, like rapes, murders, and loots. Hadian’s wall was made by Romans to keep out “Barbarians”. 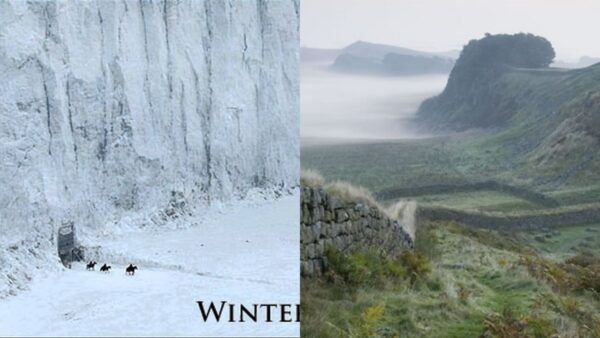 5. War Of Five Kings and The Hundred Year’s War

The war between England and France lasted for almost the century in the 1300s in which five generations of kings from two rival dynasties fought for the sovereignty of the largest kingdom in Western Europe. This historical event became the inspiration of the War of Five Kings in GOT. The battle finally ended when Joan of Arc was burnt alive just like Shireen Baratheon in GOT. 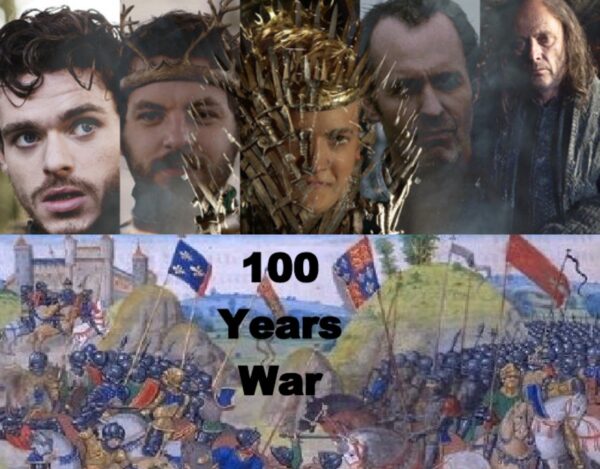 6. The Mad King and Charles VI Of France

The author of GOT probably got the idea of the Mad King Aerys from Charles VI of France who suddenly went mad, murdered four knights, and almost killed his brother, Louis I, Duke of Orléans. Charles VI suffered from various delusions, such as believing that he was made of glass and that is why he used to wear metals to make sure no one can break him. 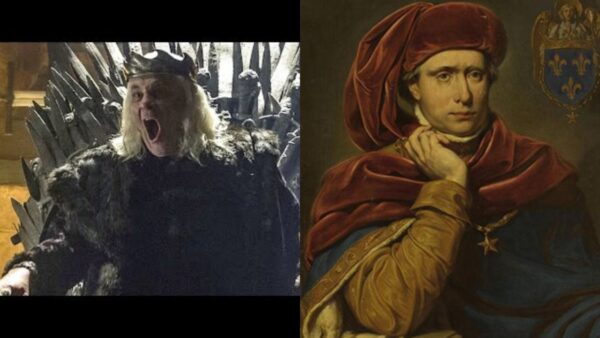 7. The Dothraki clan and The Mongols

One of the fiercest tribes of GOT series is the Dothraki tribe. They left no one who crossed their way. Raping, killing and pillaging is their way of life and the whole clan is inspired by the Mongol Empire which existed during the 13th and 14th centuries. The Mongols were very brutal and destroyed cities leaving only fats and flesh of people. They only spared a few to live and tell others about their terror. 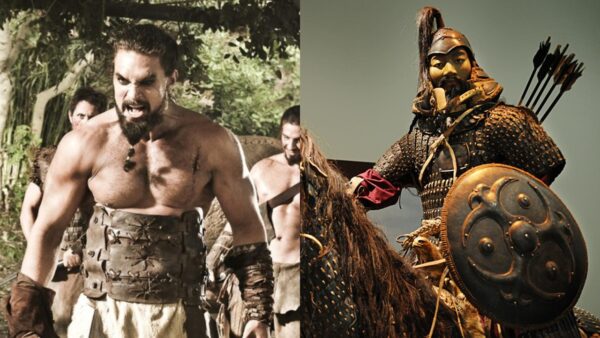 The strategy of epic battle from season 6, fought between Jon Snow and Ramsey Snow, two bastards of the Seven Kingdoms was actually taken from Battle of Cannae, fought between the Romans and Carthaginians.

So now you know that your favorite author George R. R. Martin is not just an excellent writer but also has a good knowledge of world history.

Continue Reading
You may also like...
Related Topics:Game Of Thrones, History