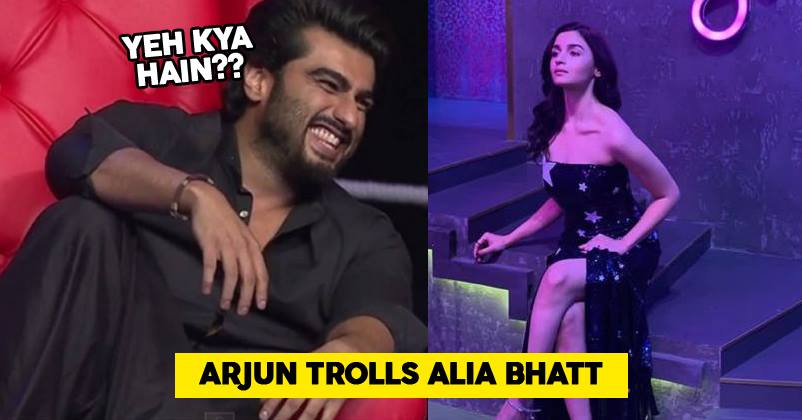 Arjun Kapoor is quite busy nowadays as his movie “Namaste England” that also stars Parineeti Chopra in the lead role is going to release soon. Other than his acting skills, Arjun is also known for his fun-loving attitude and he doesn’t mind making funny comments on the social media posts of his friends and colleagues from Bollywood.

Some time ago, Arjun trolled Katrina Kaif when he commented on one of her posts from the Malang series. While Katrina gave athletic poses with a lot of smoke around her, Arjun made an attempt of mocking her by commenting that a lot of dandruff appeared to fly everywhere.

Lately we also saw how he trolled Parineeti Chopra by posting a meme from his two movies, one from “Ishaqzaade” and the other one from a song “Bhare Bazaar” in “Namaste England”. In both the stills, Parineeti looked angry and Arjun wrote the caption, “When it’s been 6 years, but she’s still mad at you!”

This time, another actress became a target of Arjun Kapoor’s trolling and she is none other than Alia Bhatt. Alia attended Koffee with Karan with Deepika and she posted a photo from the sets on her Instagram account. Alia is seen wearing a beautiful dress and giving a pose in front of a wall on which “Stop Making Sense” was written. 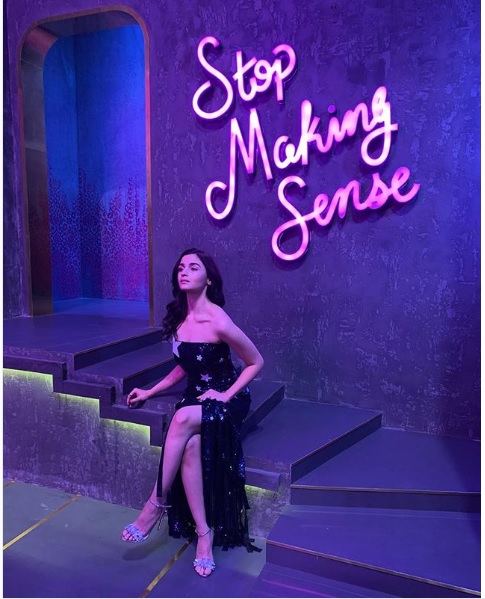 She posted the pic with caption, “Not even if I tried 🤷‍♀️”.

Arjun didn’t miss the chance and took a hilarious dig at Alia by writing, “This picture makes a lot of sense.”

He tried to troll her by saying that her pose in the photo makes no sense.

Well, no reply has been given by Alia to Arjun’s comment till now! Let us just wait and see how she responds.

Surbhi Rana Gets Violent During A Task & All The Bigg Boss Contestants Are Against Her Now
A Woman Accused The Most Sanskari Actor Of Raping Her. This Is How Alok Nath Responded