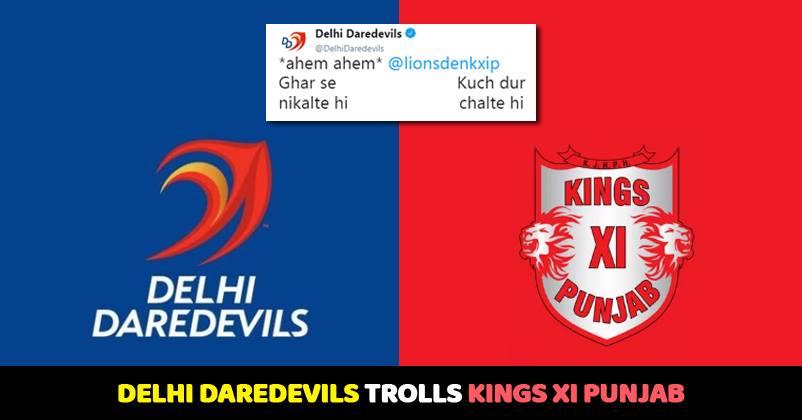 In IPL, rivalry is very common & we keep seeing instances of the same every now and then. No doubt, players show good sportsman spirit but at the end, trolling is something which just can’t be avoided.

All teams have their Twitter handles and every now and then, they keep roasting each other. However, for fans this is indeed an entertaining thing. They enjoy trolling thoroughly and give the best of reactions.

Yesterday, the four teams that qualified for the play-offs were decided. Kings XI Punjab was out of the play-offs as they got defeated by CSK yesterday.

With this defeat, KXIP has no chance to qualify for the play-off although they played really well in the beginning. Amidst this, Delhi Daredevils took to troll the team with a meme. KXIP is disappointed & Delhi Daredevils added some “Jale pe namak”.

Delhi Daredevils shared a contradicting screenshot, wherein KXIP was proud of their win and then shared news of the loss. Punjab trolled Delhi on 23rd April 2018 when Delhi lost by just 4 runs. This is what Punjab tweeted to Delhi and they said see you in IPL 2019 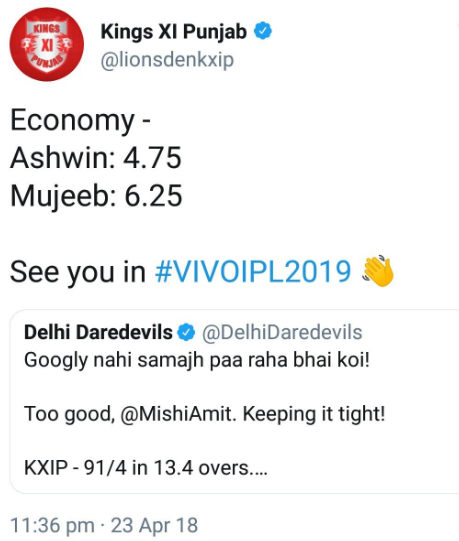 Looks like, Delhi team took this screenshot for the day when Punjab will be knocked out. As soon as Punjab lost to Chennai and was out of the tournament, Delhi hits back and trolled them

First they showed that Punjab played really well in the beginning i.e. Ghar Se Nikalte hi and then, lost the match after a long journey i.e. kuch durr chalte hi.

The one handling Delhi Daredevils Twitter handle definitely needs a hike. We got to see some awesome creativity flowing in.

Karnataka Boys From KKR Uthappa & Prasidh Troll RCB. Watch Video & See How They Made Fun Of Them
Preity Said “I Am Really Happy Mumbai Indians Got Knocked Out”. She Clarified It Later On Twitter