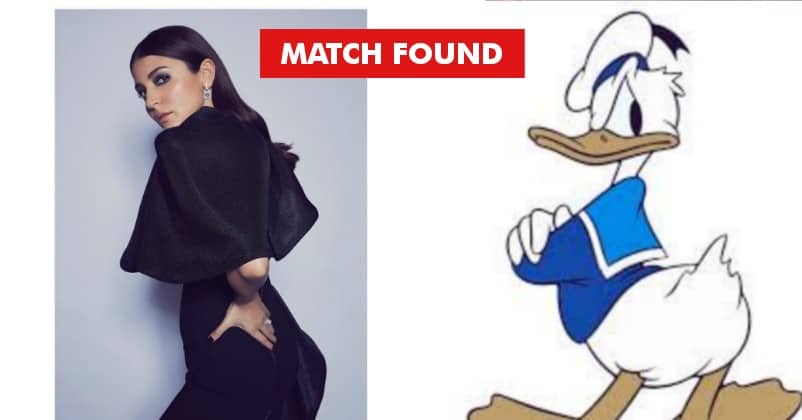 Desi Twitterati are always up for any hilarious bits of pieces, found on anything and everything. They leaves no stones unturned, from where they can source their latest inspiration for memes. They are all over it, everytime something meme worthy comes into being.

Now, every social media users are very well aware of the phrase ‘Sui Dhaga memes’, they were hilariously incredible and was even well received by Anushka and Virat. Even her co-actors could not stop laughing over them.Recently, Anushka tweeted some of her gorgeous pictures in a flared black dress, which was appreciated by Deepika Padukone also. She was an epitome of class and ethereal beauty.

Now, earlier it was Anushka’s Sui Dhagaa look that triggered a meme fest all over, and now it seems Twitterati cannot get enough of her pose, which reminded many of ‘back pain’! Yes, Anushka is all over again the perfect ingredient to start a meme fest. Here are some.

This is me when someone add another plate when I am doing the dishes: https://t.co/kwdOn17muC

Totally relate Anushka, even I have lower back pain at the same spot at times. pic.twitter.com/jaWVDYXSMi

Pic1: when she is watching match.
Pic2: when you say RCB hai haaregi hi. pic.twitter.com/nt9kejEQQl

Me after 2 hours in office pic.twitter.com/BFkHFKQxQs

When u want to go to toilet n there is already someone else using the washroom.😉😉😉😂😂 pic.twitter.com/wkBrS7LR8F

Apply #Volini like I do after every #Vivo IPL game playing for #Kingfishers RCB to get instant relief so I am up & ready to #Moov next day for practicing with boys in the nets. https://t.co/qsk3NDu0RU

Continue Reading
You may also like...
Related Topics:Anushka Sharma, Meme

Arjun Kapoor And Malaika Arora Wedding On April 19? Here’s What Arbaaz Khan Has To Say.
Jackie Shroff Finally Broke His Silence On His Son’s Relationship With Disha Patani, Here Is What He Said.