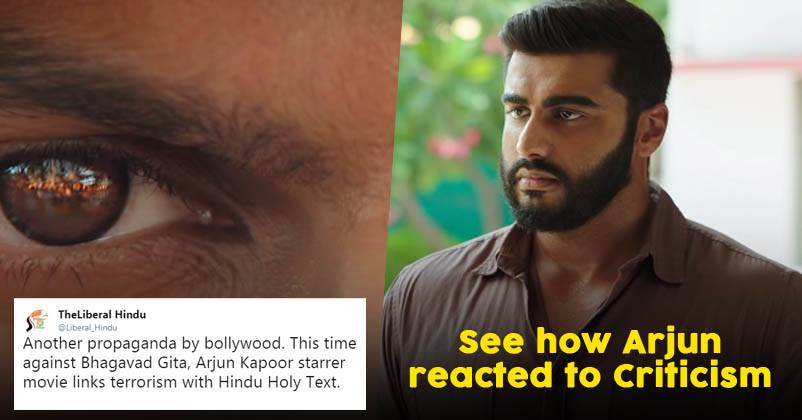 The teaser of Arjun Kapoor starrer India’s Most Wanted which released on April 16, raised some eyebrows because of the Bhagavad Gita reference used to explain the body and soul connection to justify human killing.

The makers and the actor were criticized for the act and when Arjun was asked to give his reaction on the criticism, he said that he is not a Hindu, he is not a Muslim, he is an Indian. And all the people who are making the film are Indians. So, they had put the country and humanity before anything else.

Arjun further added that the film is about people who don’t think about religion, caste and creed. And doesn’t want to discuss it further, he would rather discuss the work of the intelligence bureau.

Taking a jibe at the trollers and criticizers on social media, Kapoor said that it is quite easy for people to type things on the computer sitting at home. He questioned if they go and put themselves out there? Arjun stated that people use words to rationalize thoughts. People use religion to make others think in a certain way, he is making a pro-Indian film.

Raj Kumar Gupta directorial India’s Most Wanted narrates the story of a group who decides to catch a dreaded terrorist also called India’s Osama without using any gun power. Arjun plays the head of the group Prabhat Kapoor.