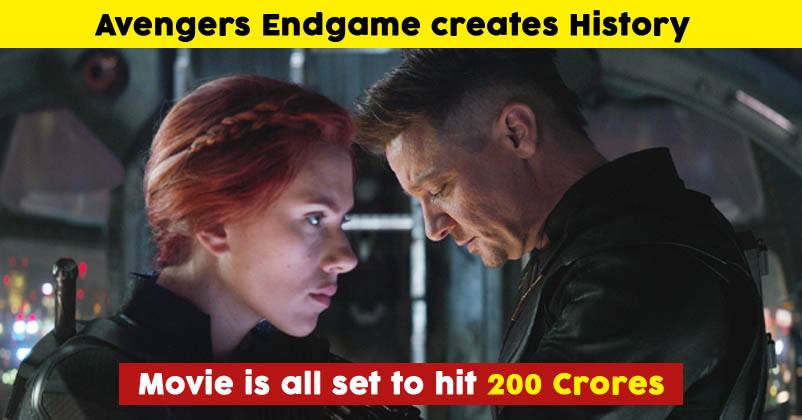 Avengers: Endgame witnessed a magnificent weekend in the box office as it collected around 157 crore nett plus and 187 crores gross Boc in its first weekend in India. The collections of the movie were consistent. Endgame has destroyed every possible past record of Hindi films in the Box office also broke the record of 119 crore nett in 3 days by Sanju.

Endgame is only behind the three-day collection figures of Bahubali – The Conclusion. 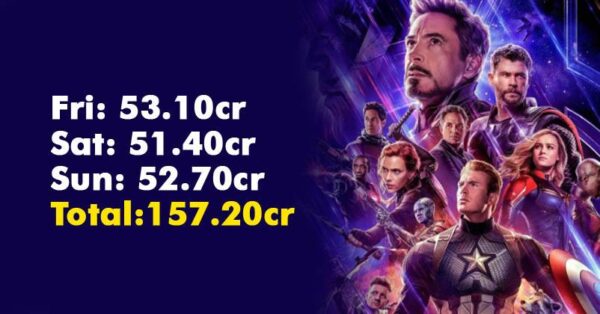 Avengers film Infinity War earned 94 crore nett in its first three days last year. This year Endgame has collected double the money approximately 67% higher than previous avengers release even after releasing in lesser number of multiplexes. It is also a record for any Hollywood film which has been surpassed by leaps and bounds. 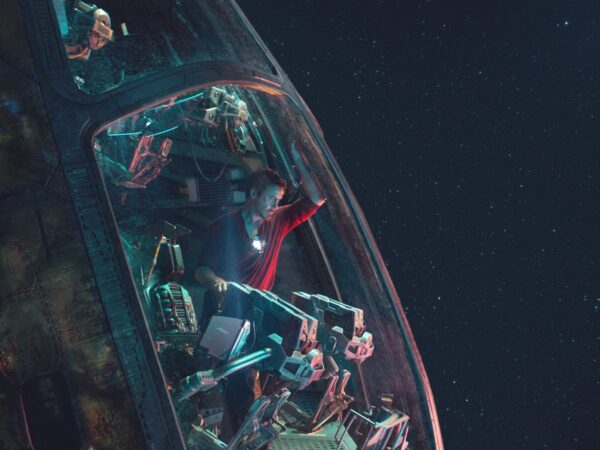 Collections can be affected on Monday due to the election. Well, I believe the Marvel Cinematic Universe (MCU) fans won’t miss the movie at any cost and they’ll find their way to the multiplexes to watch the end series of the 22nd film of Marvel.

The film has set a weekend record in Bollywood and also for Hollywood movies. The eye is on what will be the total collection of the Marvel Superheroes.