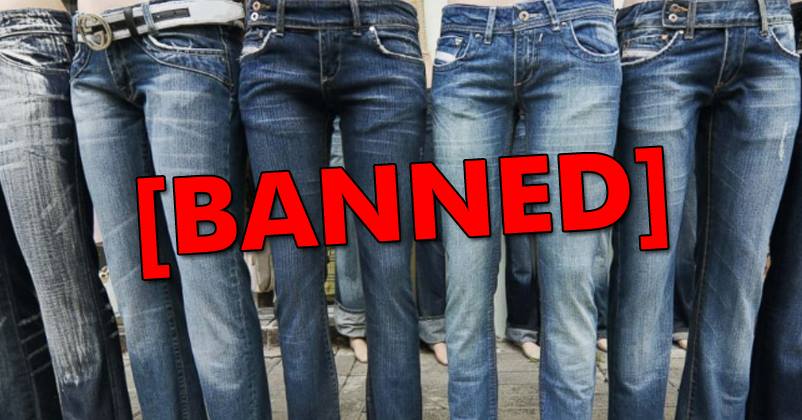 North Korea is a very strange country, due to odd laws, wacky leaders and cruel nature. If you have been living in a democratic country, it is going to be extremely difficult for you to sustain there; thanks to those insane laws. Now, there is one more weird law which people of North Korea have to follow. Do you want to know what is it?

Well, blue jeans, which people wear almost everywhere across the globe, is banned in this country. Yes, wearing blue jeans is against the law and strict punishments are applicable on the same. Want to know the reason? Well, keep reading below…

Why is blue jeans banned here?

Well, blue jeans are considered to be illegal here, because they symbolize American Imperialism, which is obviously an enemy of an East Asian nation. By banning these, an anti-west and anti-US message is being delivered.

Well, North Korea had plans of exporting jeans to Sweden in the year 2009, so that PUB department store there, could sell it under Noko brand. But unfortunately, owing to international outcry, the deal was cancelled. This shows that manufacturing of jeans is allowed, but wearing them is banned.

So guys, what do you have to say about this? Do let us know your thoughts in our comments section below!

8 Out Of Top 10 Apps In Android Market Are Owned By JIO Now! Have A Look
What This Hindu-Muslim Duo Did For EACH OTHER’s WIVES Is Pure Gold! You’ll Cry Reading This!