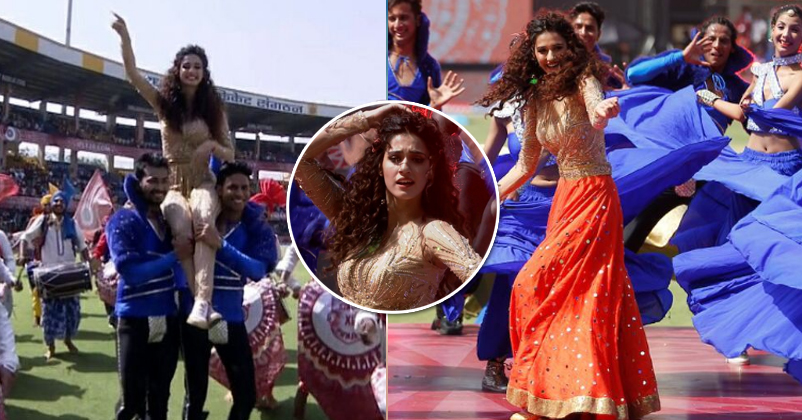 Disha Patani is the new Bollywood actress we all look forward to. The young actress has won us over with her performance in M.S Dhoni movie.

Her good looks have won immense hearts and she is the national crush of India. The actress is gracious and sweet in all interactions.

Disha has amazing dancing skills. We have seen her shaking legs and matching up with Tiger Shroff in the song Befikra.

Well, she performed at IPL Opening in Indore today afternoon and her performance won millions of heart.

The Twitter is flooding her with lots of appreciation. Her Dhamakedaar entry and graceful moves became a sight to watch out for.

Here’s what she tweeted right after her performance:

Thank you indore you guys made my day❤️❤️❤️❤️❤️ @IPL ❤️ pic.twitter.com/ERiq82p98X

You can get a glimpse of her performance here:

For all the lovely fans who missed our Princess @DishPatani mam performance here is the video watch n njy 👀👀💃💃💃 pic.twitter.com/1qqJ1KOoaq

Here are some tweets from her fans on her performance:

The performance was surely one rocking one, we absolutely love the way Disha is progressing and wish her all the best for her future.