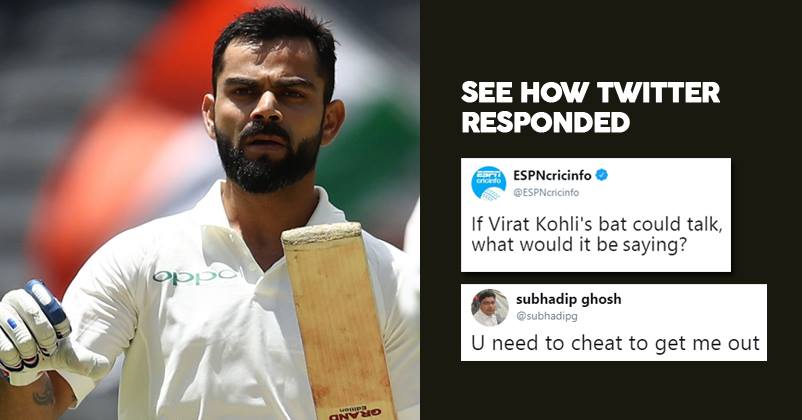 What’s a cricketer’s most powerful weapon? His bat, of course! Ever thought about what a cricketer’s bat would say if it had the chance?

That is what ESPN thought as well. Yesterday, they posted a tweet consisting of a picture of Virat Kohli during the India vs, Australia matches holding his bat.

They captioned it, “If Virat Kohli’s bat could talk, what would it be saying? #CaptionThis #AUSvIND.” Twitter then some of the best reponses from Kohli’s fans. Check out the top comments:

U need to cheat to get me out

I m in best hands of the world

I finally made some runs against Australia

It’s been long since I’ve taken a holiday

U have beaten me well boy 👌

No Talk only performance

What do you think his bat would be saying?