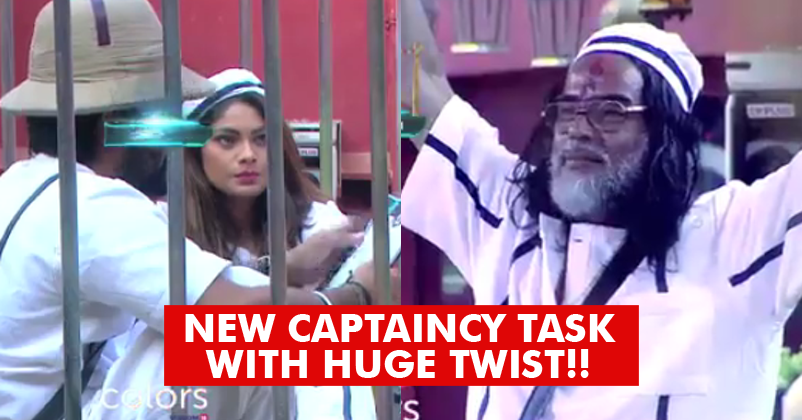 Bigg Boss 10 is famous for its fights, drama and above all, its controversies. Various tasks are assigned to the contestants and no doubt, they are a complete entertainment package. Viewers wish to get more and more and aren’t satisfied with a smaller dose. There are mixed tasks, some are too mean, some are fun to indulge in while some are steamy.

At the start of the week, fans are very curious only for two things, Captaincy task and nominations. This week’s captaincy task is going to be quite tricky and is characterized by a HUGE TWIST.

The captaincy task is going to be beneficial as it will also give the contestants a chance to increase their prize money of Rs 15 lakhs. Aren’t you curious to know more about it?

In this task called “Maalgaadi”, makers have placed an engine in the garden area of the house and Rohan Mehra and Monalisa Antra (Jailers) will have to paddle it. The other 6 contestants Nitibha, Om Swami, Manu, Manveer, Bani and Lopa would be the prisoners (Kaidis) in the engine. There is a big twist in this task; Rohan and Mona are aware that there is a specific amount riding on each prisoner, but the other 6 contestants have no clue about how much it is.

If the contestant gets down from the train, the amount riding on him/her won’t be added to the prize money (15,00.006) and it will prove to be a big loss for them. One good thing is that if they get down from the train they will become the contender for Captaincy.

Here’s how much money is riding on all these contestants! You might be wondering, what’s the huge twist it this, isn’t it? Let us tell you the details…

It will be an interesting task because Monalisa and Rohan will ensure that contestants don’t get down, but on the other hand, the 6 prisoners will get down from the train for becoming the contender for Captaincy.

We exclusively reveal that VJ Bani would be the 1st one to get down from the train; the 2nd one is Om Swami. Both of them would get down in order to become the contenders, without caring about the prize money.

On the other hand, on the ringing of buzzer, Mona and Rohan will ask Lopa to get down. Her riding amount is Rs 11 lakhs; this means 11 lakhs has already been added to the prize money, taking it to Rs 26 lakhs. At the same time, Lopa is not the contender for captaincy anymore.

It will be surprising to know what other contestants will do. What’s your take on this task? Share your views in connection with this in our comments section below.

Dangal Has Got Fabulous Collections On The 11th Day! Already Nearing A BIG RECORD!
You Won’t Believe What Are New Year Resolutions Of SRK, PM Modi & RaGa! #CelebResolutions2017