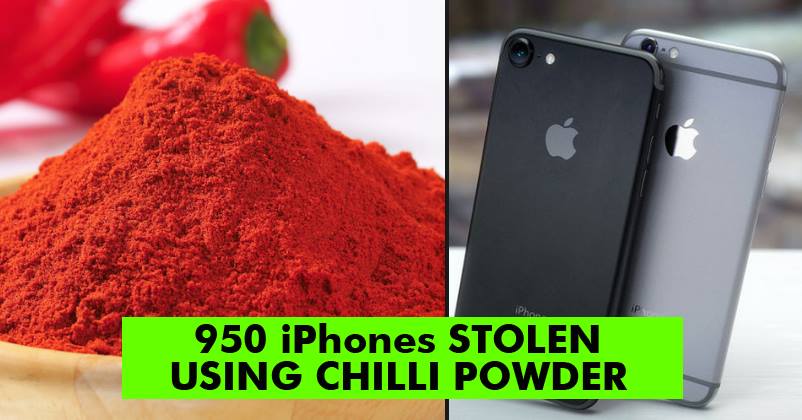 Movies inspire a lot of people, different people take different inspirations from a movie. We have read many times in the newspapers how some people tried to pull off a heist in a movie-style, but failed. This time a group of men tried to pull-off a Bollywood movie style heist by attacking a truck carrying iPhones in the national capital. The incident happened near Vasant Kunj in south Delhi. The driver of the truck, Kalam Singh, narrated how the incident occurred on Tuesday night. When he was on his way from Okhla to Vasant Kunj driving with the iPhones, someone threw a packet of red powder in the truck’s cabin. Initially he thought it was a prank by someone, but things got worse when he felt his eyes and skin burning and stinging.

When he pulled his truck aside, two men with knives suddenly jumped on him. They were joined by two others, they forced their way into the truck, they drove the truck to an isolated place as a part of the plan where their pick-up van was already waiting. The moved all the iPhones from the truck to van, shoved away the truck driver at Rajokri flyover and drove way.

“When scanning the CCTV footage of the three routes used by the highjackers, the truck was spotted on the road from Sector-E, Pocket-2, Vasant Kunj. Technical surveillance then helped us identify the culprits.” The police identified two gang members as two former employees of the iPhone supplier from the CCTV footage. They are Mehtab Alam (24) and Arman (22), the police apprehended them, they admitted to the crime. The other two robbers are identified as Bhola and Pradeep were ex-employees of the company that provided the trucks for the iPhone distribution.

So what do you think guys, isn’t it hilarious, using a mirchi powder packet to rob 2.5 Cr worth of iPhones! Share it with your friends guys!