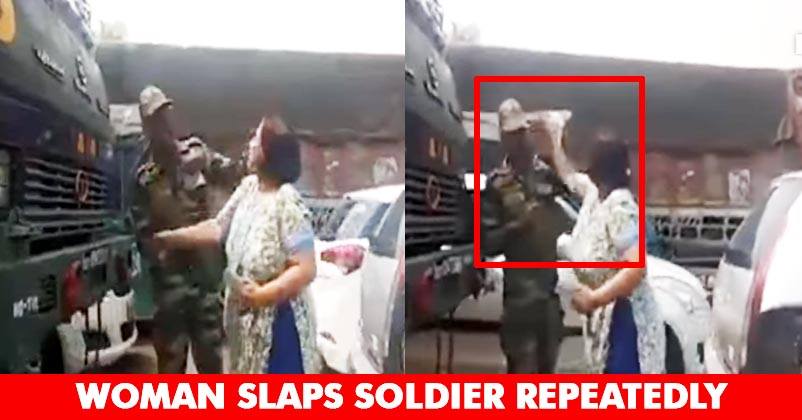 In this era of hustle and bustle, people are becoming less tolerant with little patience and this is clearly evident through the increasing cases of road rage.

About a week ago, a strange case of road rage took place in which a lady of 44 named Smriti Kalra slapped a soldier repeatedly before furiously moving towards her car.

It appeared that the jawan tried to know the reason of the assault and at the same time, made an attempt to stop the lady. The act was recorded on phone by an eye-witness in Vasant Kunj, South Delhi.

Detained by Delhi cops but soon got bail:

The army informed Delhi cops about the incident following which she was taken into custody today. However, her bail was granted by a judge and just after few hours of the arrest, she was set free.

Smriti Kalra is a divorcee and stays in Gurgaon with her parents. Last Saturday, she stopped her car in front of a vehicle of army which was ferrying jawans. There doesn’t seem to be any collision and the case appears to be related to merely road rage without any provocation for assault. 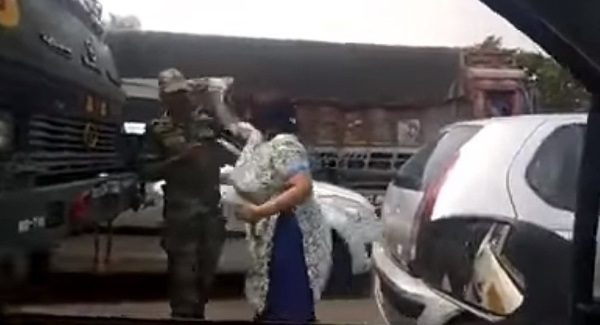 The lady is accused of “causing hurt to deter a public servant” and “wrongful restraint”. Cops have seized her Indica from her house and started a probe into the matter.

Several media reports quoted the jawan saying that the woman “suddenly” stopped her Tata Indica, moved towards him and started slapping. Before he could understand what happened, she walked towards her car.

What do you have to say regarding the matter? Let us know!

Man Took Money For Drugs & Couldn’t Return, So Allowed 7 Friends To Rape His Wife
Uttarakhand Education Minister Shames Teacher For A Math Problem Which He Himself Got Wrong