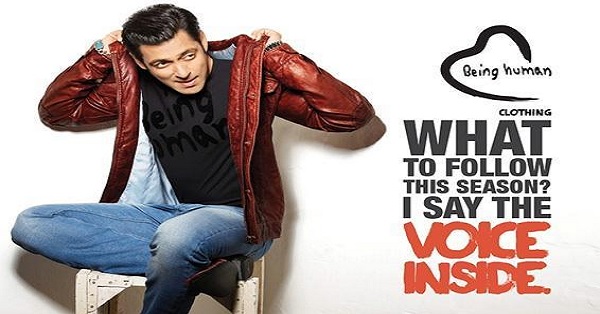 Salman Khan is known to have a golden heart not just for one reason but for many good causes that he has involuntarily supported and never made them public. After all “Neki kar Dariya me dal” is what he believed in and rather we all should also abide by that only.

One’s charity should not be done in public to garner limelight! But only for one purpose simple Humanity should be the motto behind it. Here is a look of such really noble work that Salman Khan started doing or at least a few of his charitable work came to notice after the accident that has currently ordered him a jail of 5 year.

Anupam Kher said in a interview once – “In the last twelve years, Salman’s persona has changed, his thinking has changed and the kind of work that he has done for poor people is phenomenal.”

I am no “Khan” fan but I am still dwelling between the choice whether Salman Khan should be punished or not. Since if he gets jailed a faith in the judiciary will be restored and on the other side he really changed and did changed for all good reasons. 🙂

To start with here is the list of work that he did or does! By far this is the most acclaimed and much known charity in which Salman Khan is highly engrossed From Fashion Show to Auction to online stores all the money that they raise goes towards the children and other people in need through Being human.The NGO has adopted several villages in Maharashtra and outside the state. though the organisation is primarily concerned with providing better education to the underprivileged children across the country. As per media reports, Salman Khan did something marvellous while shooting for “Bajrangi Bhaijaan” this year. The super star was shooting in Karjat, when he came to know about the ill condition of the nearby village Hatluni where he eventually went along with the whole cast and crew and painted the walls of the village along with distributing sarees to the ladies of the village. Salman painted every house, village library and even the water tank, stated the report. Salman also engaged in a fun game of football with the kids there.

3. Once Again a Lord for Many Reportedly a similar incident occured when he was shooting for the same film “Bajrangi Bhaijaan” in Pahalgam in Kashmir when a 75-year-old lady, Zaina Begum, approached Salman with an ‘application’ for help. This old lady lived with her 40- year old widowed daughter and 4 grandchildren who were on the verge of dying out of starvation. This is where Salman entered and offered a job to the eldest grandson as a crew member and even promised a job back at Mumbai.

4. FilmCity where he grew Salman Khan’s humanitarian side was seen once again when the actor extended his support for the staff of Filmcity. The actor apparently arranged for a health checkup camp for all the staffers there, stated a report on Mid-day.com. Salman also distributed gifts, gave brand new sarees to women and Being Human T-shirts to the men, the report further stated. Apparently, he wanted to express his gratitude to all the workers for their impeccable service, the report quoted a source. Salman is one of those few stars or rather I won’t be wrong to say one and only star to use FB & Twitter to do charity rather than using it as another media tool for promotion and self display.He wrote, “If any kids on F B ya twitter who has a heart condition n can’t afford to get it treated, B H vil get 100 genuine patients treated.” He made this announcement close to the festival of Eid last year. Yes, the man has went to jail and understand the severity what a family goes through when the main person to earn bread is in jail. So, when he came to know about the fact that more than 400 jail inmates are still behind the bars and cannot get free because of the un-clearance of the fine. He out rightly paid more than Rs.40 lakh and freed approximately 400 inmates from jails.

7. Free Treatment for the Little Hearts One little girl named Roona Begum from Agartala changed the way Salman looked at life. Actually after meeting a 19 month old toddler, who was suffering from hydrocephalus (a medical condition which results in a swollen head due to accumulation of cerebrospinal fluid in her brain cavities), Salman decided to start a medical foundation called Little Hearts. And the organization has dedicated itself into providing free services to the children suffering from heart ailment and has saved 100 life’s till now.

8.He Rose To Help When Everybody Failed Salman Khan came to the rescue of thousands of farmers in Maharashtra when the government failed to provide water to the drought hit villages in Marathwada district. After he came to know about the suffering of the villagers not having tankers to store water which is deteriorating their livelihood, Salman sent 2,500 water tankers with a storage capacity of 2,000 liter each to the drought-affected districts. The same day he adopted around 200 villages

9. Always beside When you Need

Dia mirza said, “Once my mother fell unconscious. I called Salman since he stays close to my house. It was with his help that I was able to rush my mother to the hospital. The doctor later told us that had we not to got my mother admitted within those 15 minutes, she would have had very little chance of survival. I’m eternally grateful to Salman and will stand by him no matter what.”

10. The VEER of the Industry Salman Khan along with The American India Foundation is working on creating avenues where differently- abled children can be brought to the mainstream with the focus on their abilities rather than their disabilities. The initiative is also training over 1000 such people so that they can get appropriate employment.

No, Its is not that he is not wrong but he is right also.

How many stars do you know who has extended unconditional help to people in need?