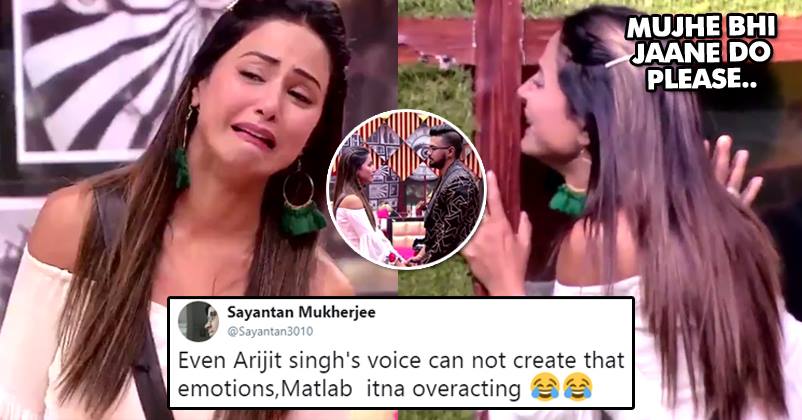 The contestants of Bigg Boss 11 are required to complete a task in order to get their luxury budget and this time, the task has been shaking them emotionally.

Yesterday, we showed you how Twitter and viewers got emotional on the arrival of Shilpa Shinde’s mother and Puneesh’s father. 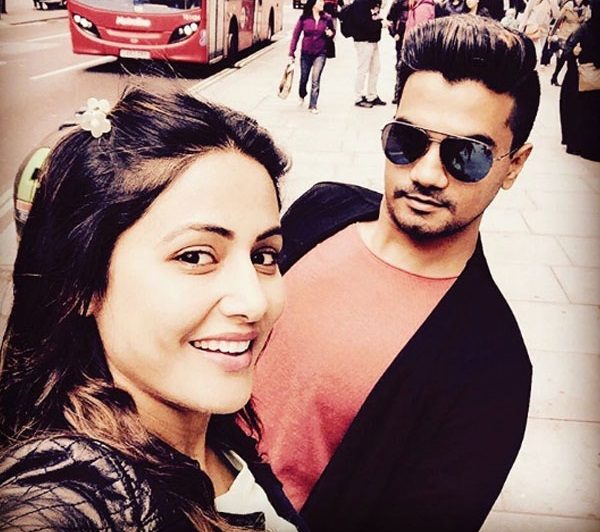 This time Hina Khan’s boyfriend Rocky Jaiswal visited the house of Bigg Boss. Seeing him, Hina had an emotional meltdown and she cried heavily. Rocky tells her that he never knew that she is so strong and he is missing her a lot. He adds that the time he has spent without her is the worst time of his life.

Later he proposed to her with a ring and Hina too expressed her love for the man. When Rocky was about to leave the house, she requested him not to go and pleaded Bigg Boss to allow her to go with him.

Twitter has a different opinion about all this and users are slamming the “Yeh Rishta Kya Kehlata Hai” actress for overacting. Here are some selected tweets:

She has beaten even Arijit Singh’s voice:

Even Arijit singh's voice can not create that emotions,Matlab itna overacting 😂😂

Hina khan get oscar for her acting IN BB HOUSE.

Did he bring Glycerine with him?

How many times will he propose to her?

He is a bigger actor than Hina:

showoff couple! well rehearsed proposal act! I think they rehearsed their act even before coming to the #BB house!

Fan Asked Adah Sharma To Kiss Him Because She Kisses In Films. She Refused & Twitter Trolled Her
Gauri Visited BB House & Twitter Is Slamming Bigg Boss For Not Releasing Hiten To Talk To Her