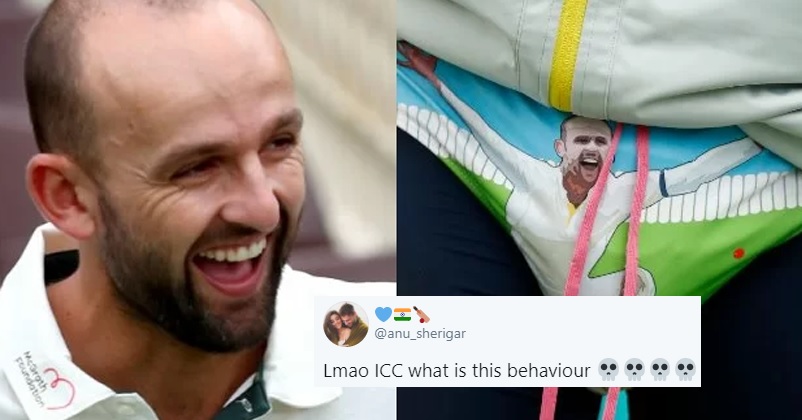 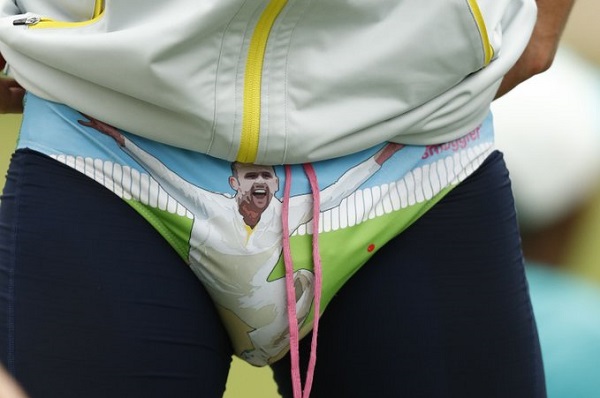 Some photos of the off-spinner are going viral on the social media networks in which he is seen wearing underwear on which his own pic is printed. These images show him appealing for the wicket in the same manner as he does on the field. Many memes and jokes were made in this regard by Twitterati but they didn’t like it when the International Council of Cricket (ICC) also shared one such photo with the caption, “Gazza takes appealing to a whole new level”.

Many cricket lovers got angry with ICC’s official Twitter handle sharing this type of photos of the cricketers and they slammed the cricket body badly. Here are some of the selected tweets:

Whole another level of Creepy!! pic.twitter.com/AdKr77zqgs

Admin before posting this pic.twitter.com/a6bTnZamQ3

Lmao ICC what is this behaviour 💀💀💀💀 https://t.co/P2FtgOrmXD

Talking about Nathan Lyon, he is a terrific player who has taken 394 wickets in 98 test matches which also include 18 five wicket hauls. He has also taken 4-wicket hauls 16 times in the purest form of the game. Other than being a superb spinner, he is also a good lower order batsman who has scored 1064 runs with an average of 12.22. 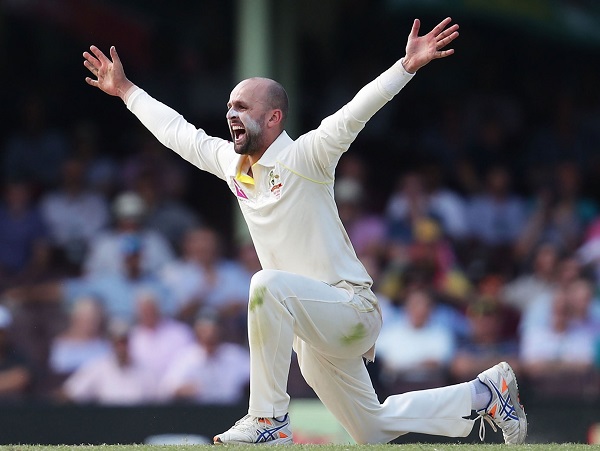 Nathan Lyon needs to play well if the Australian team has to win the remaining two matches for winning the Border-Gavaskar Trophy, however it won’t be easy for him to trouble the Indian batsmen as usually the Indians are good players of spin.

What do you think of ICC sharing such a photo?

“They Are 17-18 On Paper But Real Age Is 27-28,” Mohammad Asif Says About Present Pak Bowlers
Twitter Went Berserk As Five Indian Players Placed In Isolation Before INDvsAUS 3rd Test