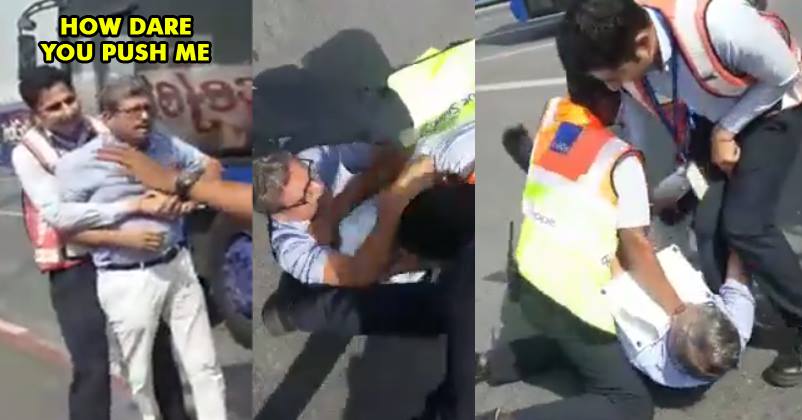 Airlines are meant to be for comfort, right? Earlier, Airlines were known for their superior hospitality and customer service, but now, things have reversed.

Recently, a video of an IndiGo passenger Rajeev Katiyal went viral on social media; in that clip, the ground staff of the airline was seen manhandling and abusing a passenger. He objected the passenger from boarding the coach and also used abusive language.

“I was standing in the shade of a plane when a ground staff started shouting at me in a very rude manner. I asked him why don’t you arrange the third bus for which we are waiting. Meanwhile, when the bus came two people said let’s teach him a lesson and one of them pulled me out of the bus”

Mr. Katiyal was travelling from Chennai and he shared the video shot from the mobile on social media. It was sad to see how the staffer punched him and abused him. After few moments, even the passenger exchanged punches and the matter escalated.

This incident took place on the 15th of October at Delhi airport, but the video was circulated now.

On receiving complaint from Mr. Katiyal, IndiGo apologized and even fired that employee. The airline released an official statement and said, “Incident probed by designated committee. Took action against staff who was main culprit, by immediately terminating his employment.” Here’s the full apology;

We truly apologise to Mr. Rajiv Katiyal for this incident & assure him that the employee has been terminated. pic.twitter.com/9xZcSftgit

Airlines should be more careful with the customer service, else they might lose out on business.

What do you have to say about this incident?