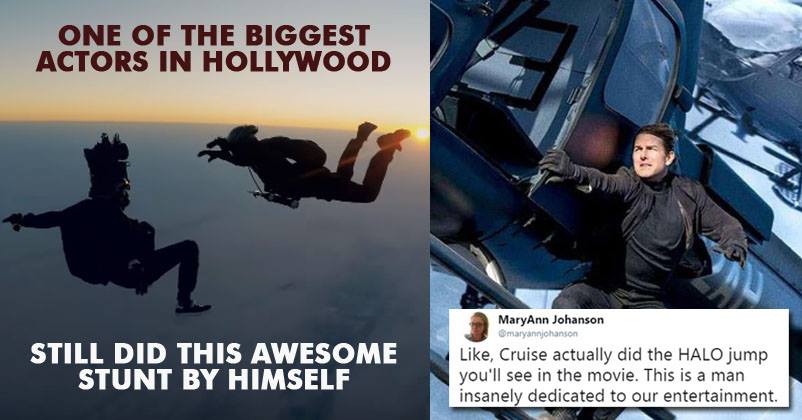 The internet is going crazy about Mission: Impossible Fallout which is totally normal. In case you haven’t watched the prequels of the movie then you missed a lot.

Here’s why you should add this movie to your must watch list!

The MI Series has always delivered top notch action sequences and breathtaking plots. As per most of the major publications, Mission: Impossible Fallout is “The Best Action Movie Ever Made.”

The 6th part of Mission Impossible is all set to hit the screens on 26th of July 2018.

One of the most accomplished and followed stars Tom Cruise is playing the lead character in this sixth installment of the MI Series. He has been playing the same role of Ethan, a spy working for a top secret organisation. But what made the fans even more excited is the addition of Henry Cavill to the roaster, who was seen as Superman in the movie Man of Steel and also in Justice League.

In case you are not a fan of spy movies or over the top action movies, you will still enjoy this as it delivers the whole package right from the plot to its execution. Recently some stunt clips from the movie were revealed on twitter and the fans are already going crazy after watching them.

Here are some stunt clips that were revealed.

Prepare for the biggest, boldest stunts yet. Get a sneak peek of #MissionImpossible Fallout. In theatres 7.27.18. pic.twitter.com/7kWXqxsOfb

Your mission: get to the theatre to see #MissionImpossible Fallout by any means necessary. Get tickets: https://t.co/Qowms1b6Rv pic.twitter.com/KF1dB3ZWRC

.@TomCruise always does what it takes to get the shot. Go behind the scenes of his epic motorcycle stunt in #MissionImpossible Fallout. pic.twitter.com/drHlomfliy

Mission: Impossible Fallout is directed by Christopher McQuarrie who also directed the 5th installment of the franchise ‘Mission: Impossible Ghost Protocol’ in which the end scene was shot in India. According to sources, this might be the conclusion to the 4th and 5th movie of the MI franchise.

Here’s what the fans has to say!

just want my friends and colleagues to know that I am absolutely JACKED for #MissionImpossible this weekend. movie of the year, book it

Like, Cruise actually did the HALO jump you'll see in the movie. This is a man insanely dedicated to our entertainment. https://t.co/hpgUX4ghgK #MissionImpossible #Fallout

While the movie has already been released in France on 12th July 2018, we are still waiting for it to release here. Mark the date 26 July, 2018

Let us know in the comments section of you have any interesting memories related to the MI Series.

Someone Edited Salman’s Bio & Called Him Mad*rch*d & Bh*nch*d On Wikipedia.
We Found Assamese Lookalike Of Tiger. You Won’t Be Able To Spot The Difference