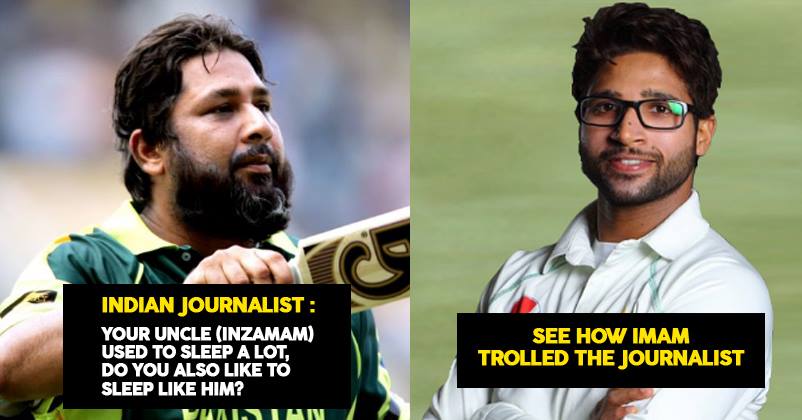 Imam-ul-Haq is just a 22 years old Pakistani cricketer and it has only been a year since he has made his debut in ODIs for Pakistan but he is already a very famous name in the cricket circles. 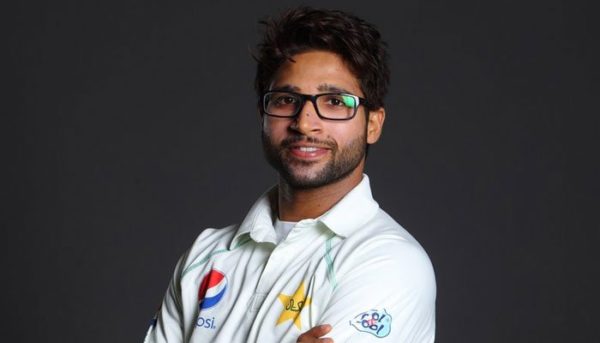 His performances have been quite instrumental in his team’s victory but one more reason that made him popular was the fact that he is the nephew of former Pakistani cricketer and captain Inzamam-ul-Haq.

Inzamam was famous for his big shots and his lazy attitude in running between the wickets and fielding as well but he was one of the most destructive batsmen that Pakistan has produced.

It is quite obvious that Imam will be asked questions about his uncle and recently, an Indian journalist told him that as his uncle used to sleep anywhere and anytime. Imam interrupted the reporter and asked whether he has slept with his uncle?

Indian journo: “Your uncle (Inzamam ul Haq) used to sleep a lot, do you also like to sleep like him?”

Imam-ul-Haq: “Ap soye hain unke sath?” (Have you slept with him?)

Indian journalist : “ Your uncle (Inzamam ul Haq) used to sleep a lot, do you also like to sleep like him? ”

Twitterati regardless of the nationality, both Indians and Pakistanis, are going crazy over the manner in which the young cricketer has trolled the Indian journalist, here are some selected reactions:

Chaa gya cheeta, @InziTheLegend bhai you should be proud of him

How did you find the reply of Imam-ul-Haq? Let us know your views.

8 Plus Size Actresses Who Rocked Despite Being Fat. Size Is Just A Number
These Memes On KBC’s ‘Phone A Friend’ Lifeline Will Make You Roll On The Floor Laughing