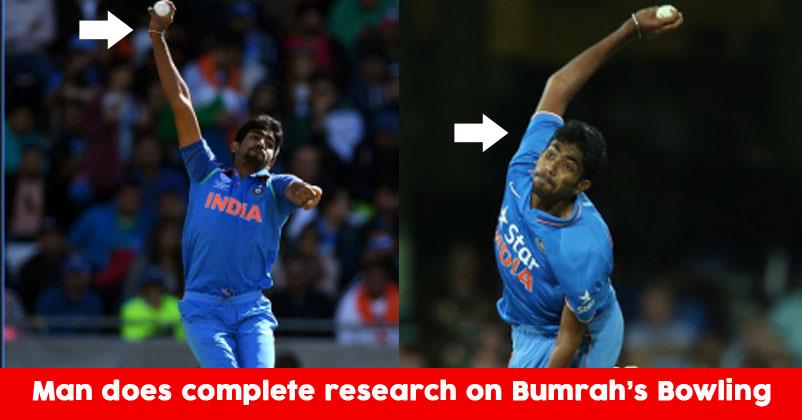 Jasprit Bumrah has been ranked no. 1 ODI bowler in the world and played a prominent role in Mumbai Indians winning its fourth Indian Premier League title. A Professor of Aerospace Engineering, at IIT Kanpur Sanjay Mittal has decoded Bumrah’s style and investigated the reasons for his dominance.

Bumrah can constantly bowl at speeds of 145 kmph which makes him one of the fastest bowlers in the world at the moment. His atypical high-arm action is difficult for batsman to read. Bumrah can also swing the ball both ways and is known to excerpt a great deal of seam movement off the pitch as well. Apart from his offbeat swing Jasprit’s high speed also allows him to reverse-swing a comparably new ball.

He also has the ability to dip the ball at great pace which works in his team’s favor. All of these factors make Bumrah one of the top fast bowlers of his generation.

The aerodynamics mechanism of any cricket ball can be understood by the diagram below. 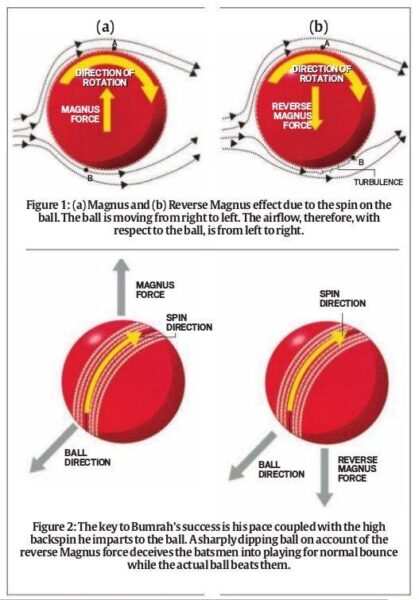