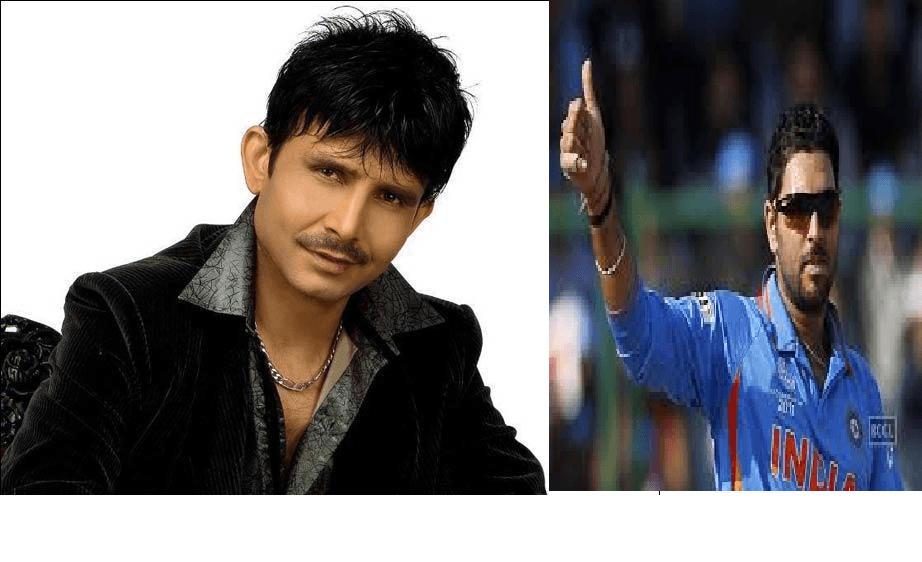 Kamaal R Khan, famous as KRK, is a news creator and well aware of this fact too. Claiming to be an actor, critic and producer, this time he has taunted at Yuvraj Singh, the wonderful cricketer. In recent times, Yuvi came into headlines on becoming the most expensive player in IPL and was bought by Delhi Daredevils for a huge amount of Rs. 16 crore. In a little while, Yuvraj began to trend on social networking websites, such as Twitter. And as we all know, KRK thinks of himself as the biggest and best critic, so he too plunged into Twitter for expressing what he feels about the matter.

“If idiot owners of Delhi IPL team have bought Yuvraj Singh with highest price it doesn’t mean tat he must be in Indian team also #ChillDady.”

“Sehwag, Gambhir, Yuvraj, Zahir etc all players should announce retirement instead blaming others n waiting to play for India in Budhapaa.”

Nevertheless, prior to Yuvi’s Rs. 16 crore information of IPL auction, his father Yograj Singh accused Dhoni of not selecting Yuvraj in the World Cup team. By that time, KRK set up trending on Twitter and wrote in a tweet,

“I just want to ask respected father of @YUVSTRONG12 that why didn’t he say anything against Dhoni at that time when team was selected?”

However, KRK is KRK and he was not to be stopped at this only. He fanned the flames with his subsequent tweets:

“All young players are deserving one who are playing in Indian team now n they are doing great job for India so Pls stop criticising them.Vijaya Mallya bought Yuvraj Singh with highest price n then he was slapping himself everyday for that mistake during entire IPL tournament.”

“Yuvraj Singh has changed 4 #IPL teams till date n his team had never reached to even semi final forget to win the Cup.”

What do you have to say KRK for these tweets? Feel free to share your views in comments section below

An Epic Moment – Modi Addressed Wife Of Sri Lankan President ‘M.R.S’ Sirisena Instead Of Mrs Sirisena
Beedi King Crushed The Security Guard With Hummer For Being Late To Open The Gate