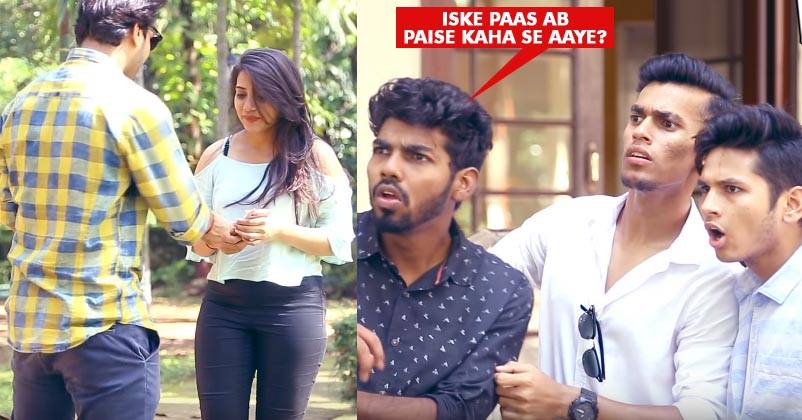 These days, many guys are “Ladkibaaz”. They can literally go to any extent to impress a girl; it’s like girl’s happiness is their priority.

A ladkibaaz guy can lie to his friends but he will never ever compromise on happiness of girls. Sometimes, his friends might find it too irritating but after all, there’s no solution for such guys, LOL.

Funk You has come up with one such video, which every flirty guy will be able to relate to. A group of friends decide to go for movie and lunch, but one of them says he has no money. His friends sponsor his outing thinking he should enjoy, although he’s short on cash. However, a girl approaches them and asks for some money. 3 of them refuse to give as they spent all the money on movie and lunch, but surprisingly, the 4th one (Who earlier said he has no money) goes behind the girl and offers her help. When his other friends realize it, they teach him a lesson.