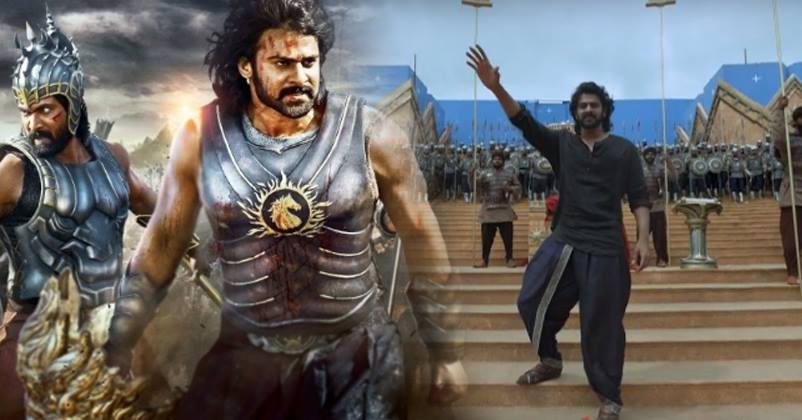 So, it was Prabhas’s birthday and SS Rajamouli decided to create some buzz among Baahubali fans about its sequel. The first look of Baahubali 2 was released wishing Prabhas ‘Happy birthday’. But, people were expecting something else. The first look of the movie couldn’t fall as per their expectations and they started demanding for something better, something matching the standards of Baahubali.

Rajamouli with this latest video took fans in the vast mind-blowing world of Baahubali 2 and people just can’t stop talking about it. The making video is the curtain raiser for all the efforts they have put in. This video is for those who were disappointed by the first look of the movie. Rajamouli has answered all the disappointed fans with this video that there is a lot to come with the sequel of Baahubali.

The first Baahubali was the most successful movie last year grossing a whopping amount of Rs. 600 crore worldwide and now after watching the making of Baahubali 2 your expectations with the sequel will surely go up.

Check out the making video here…

Baahubali makers have released this video in 3D and in order to have 3D experience, you can watch it on Desktop or Youtube app in Mobile by opening this link -> https://www.youtube.com/watch?v=hR1mNJ11ycU

So? Aren’t you surprised after watching the making video of Baahubali 2? Do tell us about it in the comments section below!

Dear Zindagi’s 2nd Promo Will Make You Fall In Love With SRK & Alia Bhatt All Over Again!!!
Remember Rakhee, Mom Of Karan & Arjun? You’ll Be Shocked To See How She Looks Like Now