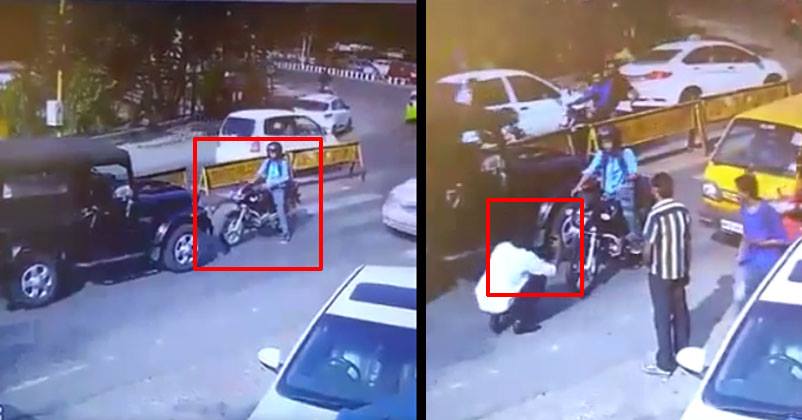 You will find a number of people who are always ready to blame others for something which is wrong but there will be only a handful of those who will initiate to stop something wrong happening in front of them. Most of us have the habit of ignoring the wrongdoings of others until and unless they have direct impact on us; however, there are few who have the guts to call a spade a spade and one of them is this biker from Bhopal.

A video is going viral on Facebook which shows a biker stopping an SUV which was driving on the wrong side of the road in Bhopal. It happened on the afternoon of November 3, Friday, and the whole video was captured in CCTV. The SUV driver threatens the biker to run the SUV over him but the latter remained unaffected. In fact, he clicked the images of the SUV and its license number. The SUV driver also responded by coming out and clicking the photo of the license plate of the bike.

Nilay Verma, a person from Indore, uploaded this video on the social networking site Facebook and it has received more than 9 million views till now.

Nilay wrote, “World need more people like this rider.. Who dare enough to know the wrong and stand against it till end… Whom ‘will’ can’t be shattered as easily as the wrongdoers think… Highly appreciable initiative, my salute.”

An image of the FIR which has been filed against the SUV driver was also uploaded by the user. 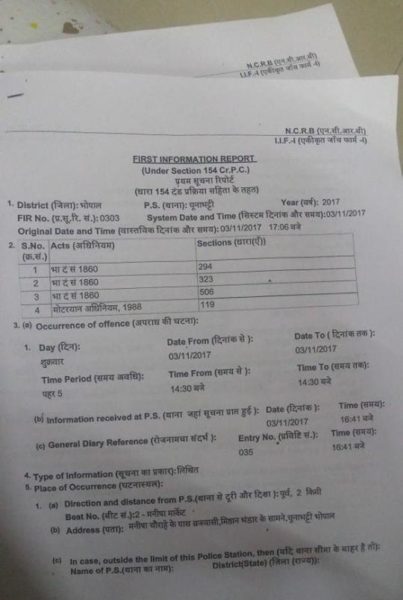 We extend our complete support to the biker and wish that the SUV driver gets maximum punishment as soon as possible.

Continue Reading
You may also like...
Related Topics:Bhopal, Biker, SUV, Wrong side

The Brand War Is On! Samsung Trolls iPhone In Their New Commercial Of Galaxy Note 8
Virat Kohli Reveals All The Secrets Of Indian Dressing Room In This Funny Interview