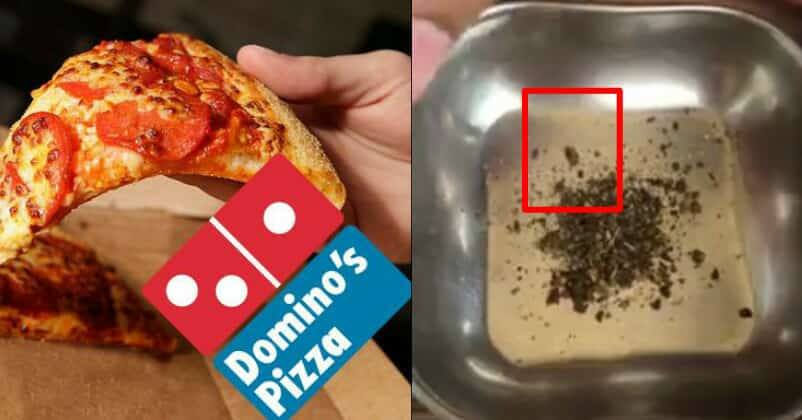 Domino’s has become a household name in India and it is always present in the list of outlets if a person has to dine out with friends, family or relatives or even if an individual wants to have something nice at home.

If we get pizza from Domino’s delivered at our homes, we also have the option of using the leftover sachets of oregano afterwards with some other dish and thus, getting the maximum value of our money. 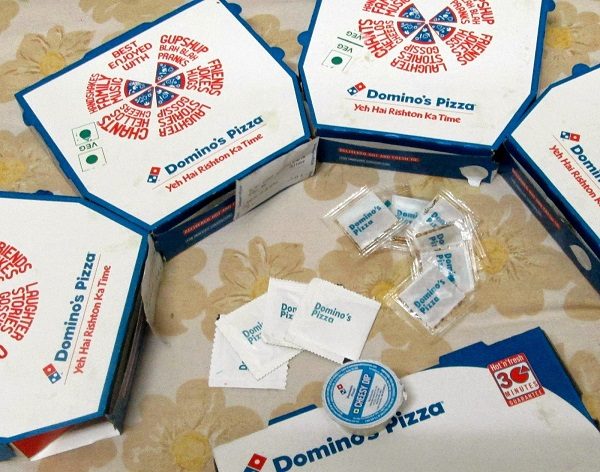 However, after an incident which has happened with a man named Rahul Arora who belongs to Delhi, people will think at least twice before visiting or ordering from Domino’s. Rahul has found insects inside the packets of oregano which came with the pizza and the sachets were not expired till then.

On 8th September, Rahul had pizza delivered at home from Domino’s Pizza, DLF City centre, MG Road outlet and some sachets were left which he decided to use the next day. When he opened the sachet, he found insects in all the sachets. 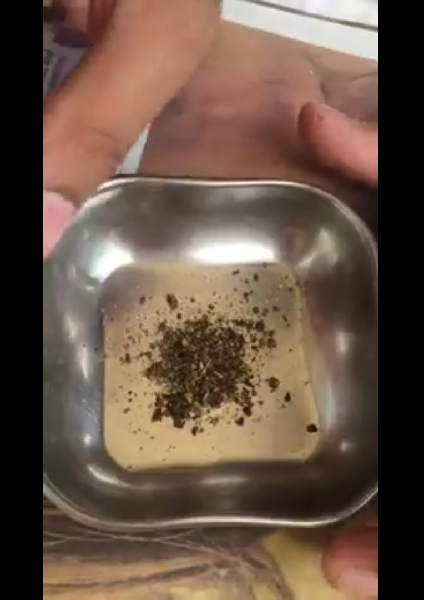 He posted a video of the same on Facebook and wrote,

All lovers of Domino’s Pizza India’s oregano seasoning, like myself. This is what they make you eat…

Ordered their pizza this Friday night. Found Oregano sachets infested with #insects. Did not discover it until the next day when we opened one of the leftover sachets to spread it on some bread. We were #shocked. Opened all the sachets they delivered and found these in every single one of them. Recorded one of it. Check out the video…

Don’t know how many of these we actually ate! Feel #outraged.

For the record, we ordered it online on Domino’s mobile app on 08/Sept/17. It was delivered from Domino’s Pizza, DLF City centre, MG Road outlet – Order no. 416. The seasoning was manufactured for Jubilant Food Works Ltd. (which operates the Domino’s brand in India), by one Dry Blend Foods Pvt. Ltd. on 30/May/17 with a 6 month validity.

They were fit to eat and carried FSSAI accreditation!

Now who is responsible – FSSAI, Domino’s, Jubilant, Dry Blend Foods, the outlet? Where does the buck stop? Someone needs to answer.

NDTV reported that Rahul claims of getting a call from the pizza outlet, asking to replace his order. His reply was,

“It’s not a late home delivery complaint. We fell ill on consuming their contaminated food. The issue should not be trivialised.”

He also stated in the comments of his post that he is just waiting for Department of Consumer Affairs to react on the complaint made by him. He told NDTV,

“I wonder what would have happened if this happened in the US. The chalta hai attitude towards Indian consumers should end.”

This is the response of Domino’s on the whole incident:

We always ensure that our guests are satisfied on all aspects. We maintain strict guidelines and rules set at all our restaurants to maintain the quality of our products and we always make sure such incidents never occur, however, we apologize for the experience that you have had with us. Kindly share with us your contact number and email id via private message so that we can investigate this further.”

Spokesperson of the company told NDTV,

“We would like to reassure you that we have thoroughly checked oregano sachets in our restaurants and across our value chain. We have found them to be safe for consumption. We understand that our consumers love our oregano seasoning. We request everyone to please store any leftover sachets under proper storage conditions.”

Will you order pizza from Domino’s after this incident?

This Is How Sadhvis Used To Save Themselves From Being Raped By Ram Rahim In Dera
Apple Launched IPhone 8 And IPhone X. Twitter Couldn’t Stop Trolling High Prices & Features