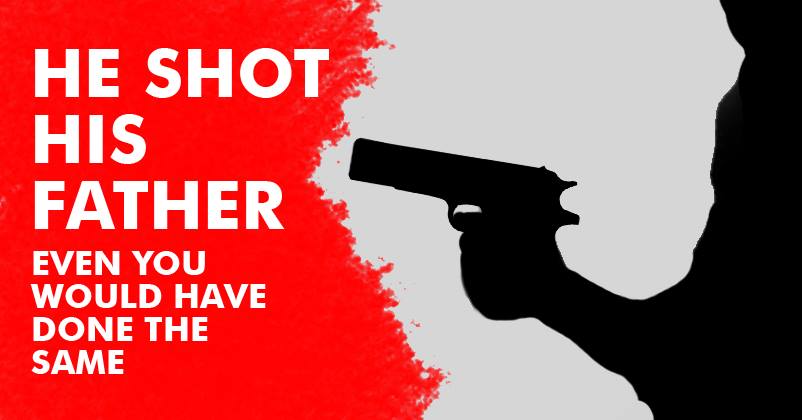 There are some limits defined for every relation and to let the life go on smoothly and reverently, it’s very important not to cross that line. For instance, the relationship between a father-in-law and daughter-in-law is considered very sacred and respected in which neither of them is supposed to have dirty intentions for the other. And when this relation is disrespected, many lives linked to them are ruined, especially the man who’s strongly associated with both of them.

As per reports, a Farrukhabad man named Amit shot his father Ratiram on Saturday night, severely injuring him after he forced himself on his wife and molested her. Amit lives in Imadpur Thamrai area and he had been upset over 50 years old Ratiram who often made attempts for molesting his wife. When he did it again under the influence of alcohol, Amit lost his cool and shot his father who was immediately taken to Qayamganj community health centre and afterward to a private nursing home where doctors informed of his stable condition, as per Lalitesh Tripathi, Shamsabad SHO.

“After arriving late on Saturday night, Ratiram grabbed his daughter-in-law and tried to force himself on her. But she resisted his advances and raised an alarm. Her husband, who was present in another part of the house rushed to the spot and first thrashed his father and then allegedly shot at him from a country-made firearm, leaving him wounded.”

After that, the man surrendered with the weapon. As per an officer,

“Following a complaint by Anuj, Amit’s younger brother, we have registered a case of attempt to murder in Shamsabad police station and are investigating the matter. We have also added a section under the Arms Act. The firearm which Amit used to shoot at his father is illegal and he has been sent to jail.” What an era we have arrived in…. where relations have no meaning, no respect and no limits. What was the fault of that woman who suffered no matter whatever the situation had been or will be! She couldn’t be happy when her husband is in jail nor she was when her father-in-law tried to molest her on a regular basis. Such people compel us to think of human relations in a poor light!

Do let us know your opinion with regard to the article in the comments section below.