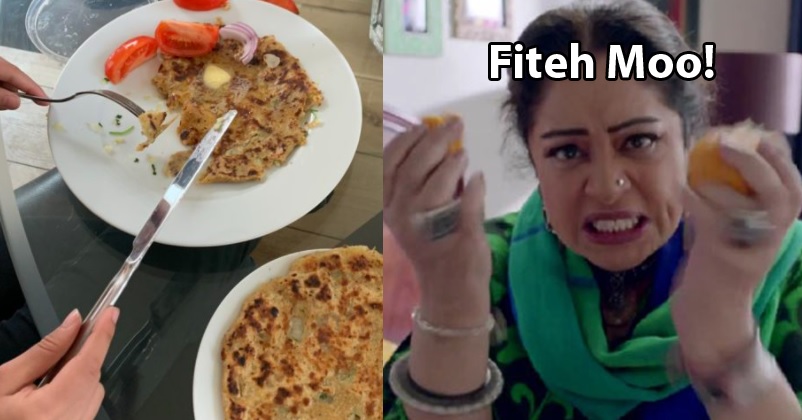 We Indians are known for our love of spicy and curry food and also for eating by digging our hands in the food as we feel that if you want to get the real taste of a dish, you should eat it with hands. This is something which seems strange to the foreigners as they are habitual of eating with fork and knife which keeps their hands clean. However with the changing times, many Indians are also using fork and knife especially while eating non-Indian dishes. 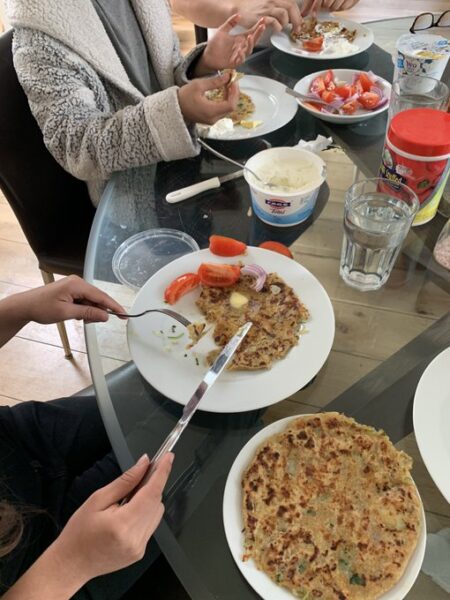 But there are some food items which we Indians feel should be eaten with hands only such as aaloo parantha with butter or curd. However Gurinder Chadha, the director of the movie “Bend it like Beckham” was left confused and surprised when she saw her kid eating aaloo parantha with fork and knife.

She took to the micro-blogging site Twitter and posted a photo of the same with caption, “Oh wow is me! How on Earth did I raise a child who insists on eating Allu parantas with a knife and fork! Fiteh Moo!”

Oh wow is me! How on earth did I raise a child who insists on eating Allu parantas with a knife and fork! Fiteh Moo! pic.twitter.com/lyAthcz9vZ

Soon Twitterati started reacting and while some supported the kid as they also eat in the same manner, there were many who said that it is all about preference and few were of the opinion that eating aloo parantha with fork and knife is a punishable offence.

This is an utter #insult and #atyachaar on that poor parantha. It is indeed a #fittemooh moment. 😂
But brighter side, atleast they are eating it and with Makhni or butter on it.

If my child does this I want a refund https://t.co/gkvqTSPnEu

Ha ha.. That resonates. I used to eat Parantha with fork & knife. And I’m born and brought up in India.

FFS who the hell eats tomato & onion salad with https://t.co/BiCBtQbjeb should be accompanied by achar(pickles) or chutney.

How dare you desecrate the parantha with fork and knife, this is pineapple on pizza all over again 😜 pic.twitter.com/f1yiFChNwO

Aunti ji's everywhere are shaking their head in disappointment. Hitting their hands on their forehead trying to figure out where they went wrong. 😂😂 pic.twitter.com/wWz2wxJihF

They don't want to touch the food with their hands. Just asked my daughter to have chicken with naan dippers( bite sized naans)…her reply I told you I don't want to get my hands dirty😌😌

I was about to say the Same when I seen pic first 😂😂😂😂😜 pic.twitter.com/NNBBfG856T

On a positive note your child clearly loves aloo parantha which is great. I am more concerned there’s no yoghurt or achar on the plate. But you know what “people will say”…( ma nee sikaya nee…it’s your fault 🤷🏻‍♀️😉)

That's not done. The fingers have to smell of butter otherwise it doesn't count.

Haha fiteh moo for sure!! Allu parantas deffo taste better when u eat with ya hands!! N they look pretty lush to me!! 😋

How do you like to eat your favourite aaloo parantha? Have you ever used fork and knife for it?