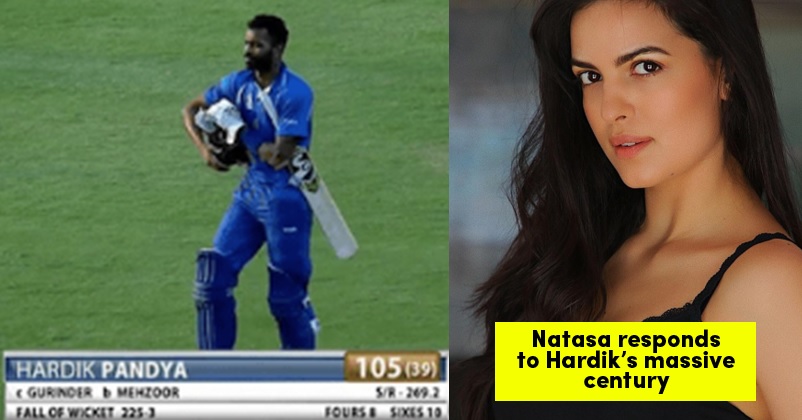 Indian cricketer Hardik Pandya who was out of cricketing circuits due to his back injury is now back on the cricket field and that too with a bang. Hardik is presently representing the Reliance 1 team in the DY Patil T20 Cup and recently in a match against CAG, he played a blistering knock of 105 runs for which he played only 39 balls. 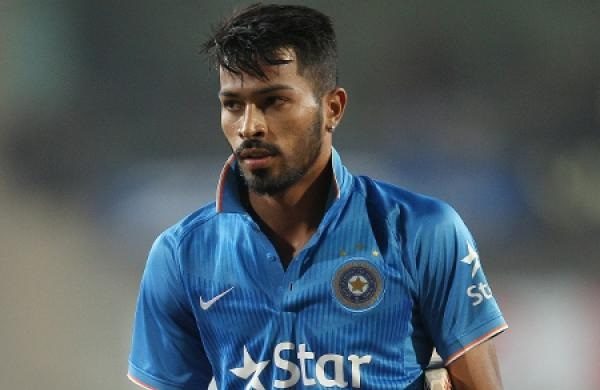 Pandya’s smashing innings included 10 sixes and 8 fours, he was well supported by Anmolpreet Singh who scored 88 runs (51) and they both took their team’s total to 252/5 in 20 overs. Hardik Pandya showed his talent with ball as well and took 5 wickets for his team.

Needless to say, social media platforms were flooded with messages praising Pandya but one message that caught everyone’s attention was of Natasa Stankovic, Hardik’s fiancée and pretty famous model-dancer. She took to her Instagram account and posted a photo of Pandya with caption, “37-ball hundred for Hardik ‘Kung Fu’ Pandya. The deadly hitter is back at work.” She also added stickers of “My Heart Is Full” and roaring lion. 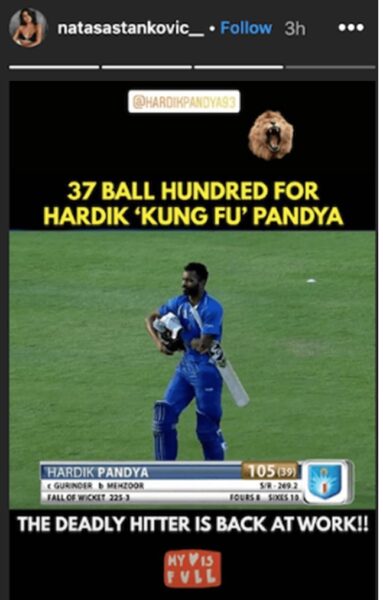 Hardik and Natasa gave a big surprise to everyone when they shared the news of their engagement on January 1, 2020. They got engaged in Dubai after dating each other for quite some time and since then, the lovebirds have never shied from expressing love for each other. Natasa was also with Hardik when he was recovering after his back surgery and she will certainly be attending IPL 2020 and will be cheering for Pandya.

IPL 2020 will be starting from March 29 and Mumbai Indians must be happy after seeing Hardik in such a terrific form. The first match of the tournament will be played between Mumbai Indians (MI) and Chennai Super Kings (CSK). However before IPL, India is all set to play a 3-match ODI series against South Africa at home from March 12 to March 18 and probably Hardik Pandya will be a part of the Indian team in this series.

What do you have to say about Hardik’s smashing century?