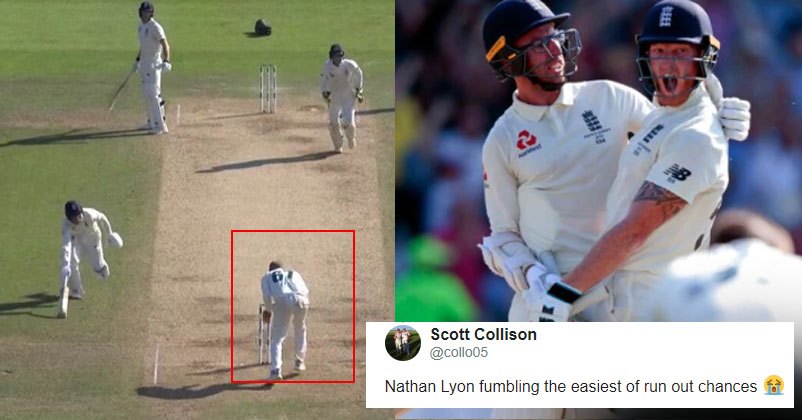 The Australian fans are not able to believe that their team has lost because almost all the time, it was in a strong position. Australia was going great in the test match as England was all out for a meager total of 67 runs in their first innings and in the second innings, the English players were given a target of 359 runs which seemed to be an impossible task for them.

However, Ben Stokes changed everything with his superb knock of 135 runs and he was also supported well by Jonny Bairstow as well as Jack Leach. Credit can’t be taken from Ben Stokes but the truth is that Australian players too committed some unforgivable mistakes in the third test match. 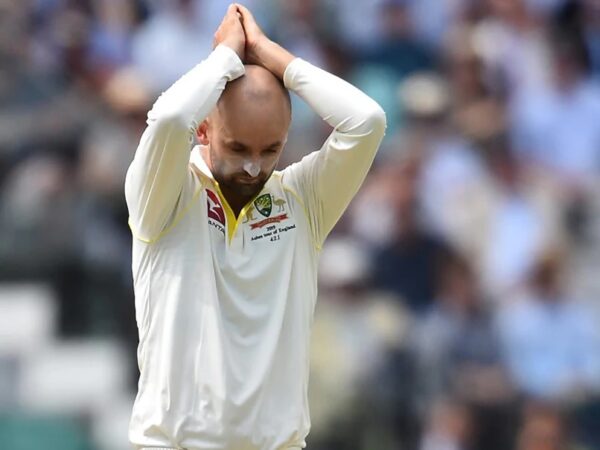 Who can forget the moment when Australia needed only one wicket to win the match and Nathan Lyon missed the simple chance of getting Leach run out. The only thing that Nathan was needed to do was to hit the bails as the throw was in hands and Leach was around 2 feet away from the crease. But Nathan Lyon was so nervous under pressure that he fumbled and a golden opportunity was lost.

#Ashes
Nathan Lyon needed this run out for Australia to win and he stuffed it up pic.twitter.com/jOtP1iJ21e

On the very next ball, Ben Stokes was hit on the pads, an lbw appeal was made but the umpire didn’t agree. However, it was seen in the replays that Ben was out but Australia was not able to take DRS as their options were already exhausted.

The Australian cricket fans slammed Nathan Lyon for his fumble heavily on the micro-blogging site Twitter and here are some of the selected reactions:

2 runs to win or 1 wicket to win. Nathan Lyon. Over to you… #ashes pic.twitter.com/8NB9lNuBO3

Lets see if Nathan Lyon stays and plays the next 2 tests or runs home scared half way through a test series. Only someone not really playing for their own country would do that.

Asked #NathanLyon to get me a bowl of muesli this morning!!! pic.twitter.com/8EFWiXKtQK

A quick replay of the Nathan Lyon run out attempt! pic.twitter.com/jG87UgMBqD

Three mistakes by Australia they will be ruing:
Marcus Harris's dropped catch, Nathan Lyon's missed run out, Tim Paine burning last review in desperation which meant they had none left for Ben Stokes lbw to Lyon the next over. #TheAshes

I hope Nathan Lyon wakes up screaming in the middle of the night thinking about this moment tonight AND EVERY NIGHT FOR THE REST OF HIS LIFE pic.twitter.com/yoPzwr9QOX

Big up Joel Wilson for closing his eyes on the LBW shout, big up Nathan Lyon for having utterly butterley on his fingers for that run out and big up tim Paine for using that review what was about 4 mile outside leg stump, What a fucking match 😂👏👏👏

Nathan Lyon fumbling the easiest of run out chances 😭

It was Nathan Lyon’s ‘@bowlologist’ moment. Instead it turned out to be his ‘@philtufnell’ moment. #Ashes pic.twitter.com/h7WIQuND6Y

Time for Nathan Lyon to retire🏏🕷🤨

Which team do you think will win the Ashes this time?