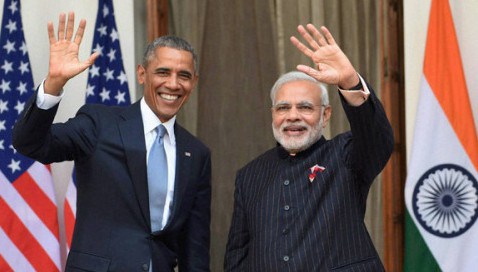 Remarks made by Barack Obama, the President of the United States, hoisted a disturbance among the populace of India. According to him, Bapu would have been stunned by the country’s religious intolerance. At this, NYT solicited Modi, the PM of India, to break “deafening silence.”As stated by the White House, heritage of Gandhi ji has been a source of motivation for the United States as well, whereas Obama was applauded to make “timely comments” by the US Commission for International Religious Freedom (USCIRF). Additionally, State Department is of the opinion that it has inspired every government all through the globe to have a sense of respect for religious liberty.

In the editorial entitled “Modi’s Dangerous Silence”, NYT has asked “What will it take for Prime Minister Narendra Modi to speak out about the mounting violence against India’s religious minorities?”

According to USCIRF Chair Katrina Lantos Swett, “President Obama’s timely comments underscore the importance of India getting religious freedom right.” “This is a challenge that India must and can address, given its diversity and long history of democratic values.  India’s history includes both Article 25 of its constitution – which provides for freedom of conscience and the free profession, practice, and propagation of religion – and its international commitments.  India can meet this challenge by protecting religious minorities and holding accountable the perpetrators of religiously-motivated harassment, intimidation and violence.”

Concerns expressed by Obama become apparent when abuses augmented in opposition to minority religious communities of the country.

Baba Ramdev was blackmailed by Babul Supriyo for BJP ticket
Administration shocked on the delivery of a class VI student, two under arrest