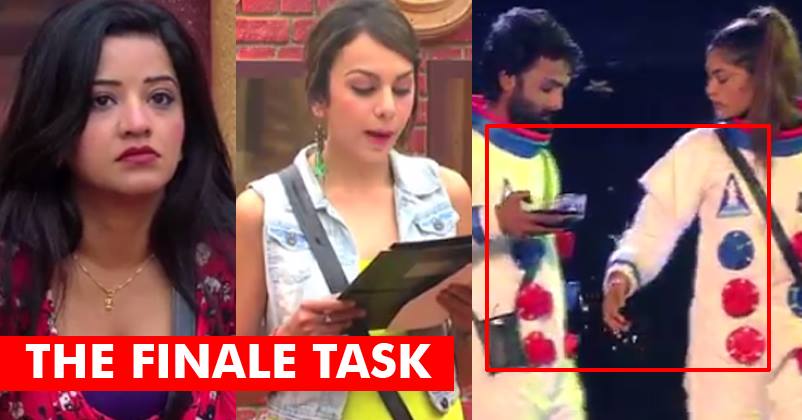 Just 19 days here and the grand finale of Bigg Boss 10 would be here. In a bid to compete with each other, each contestant is giving his/her best to get the ticket to the finale.

On 28th of January, one among the 6 contestants Lopa, Bani J, Manveer, Manu, Nitibha and Monalisa will be crowned as the winner. Tasks are becoming pretty interesting and the reality show is getting more and more dramatic.

Competition isn’t simple; the latest ticket to finale task has gripped the minds of all housemates. There were rumors that Lopa who was ranked first in the task yesterday, in which contestants had to rank each other, will get the ticket to finale. She didn’t qualify for the ticket to finale week, but definitely got an extra advantage due to her first rank.

Sources have said that Manveer Gurjar and Manu Punjabi are qualified to fight for the ticket to finale and will compete against each other. Let’s look at the details of the next task.

For deciding the qualifier, the makers introduced the “Solar System” task. In this task, the whole garden was transformed to a dark sky and a solar system was set up there, with 4 orbits. The ticket was kept in the center of that solar system as a sun.

Contestants were supposed to move around the sun (Ticket) with a bowl containing purple liquid and they had to start from the 1st orbit. The challenge was that they couldn’t drop off the bowl. Since Lopa was ranked first, she joined the task a bit late.

So don’t you want to know who stayed till the end? Well, after performing this task for some hours, it was Manveer and Manu who made their way till the end.

Now, they are qualified for the ticket to finale week and they will have to go to Inorbit mall in Vashi for convincing people to vote for them.It is indeed very surprising, isn’t it? First we thought that Bani and Lopa would get a chance since they were on the 1st and 2nd rank. Now, Manu and Manveer would go and seek votes at the mall; whoever gets the highest votes will get the “Ticket to finale”.

So guys, it will be fun to watch them compete; be prepared for a week full of masti and dhamaal!

Birthday Special! Hrithik’s Latest Photoshoot Proves Why He’s The Hottest Man In Bollywood!
Shraddha Kapoor Was Upset With Kapil Sharma & She Even Threatened To Walk Out Of His Show