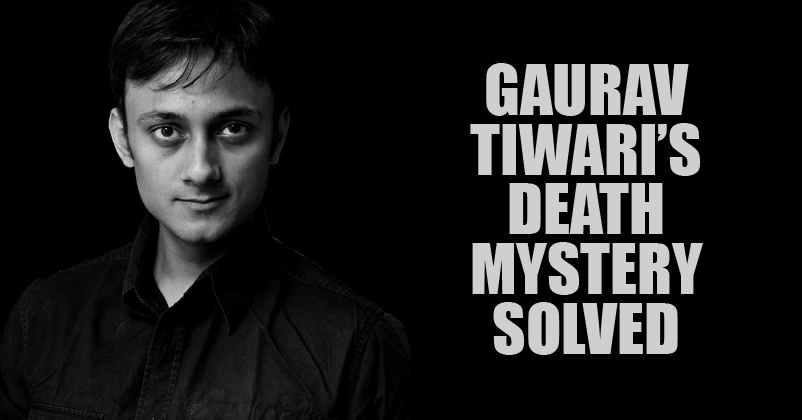 In our previous article, we gave you the news of mysterious death of India’s leading and most famous ghost hunter Garuav Tiwari. This news was not only shocking for his family but also for the whole world. A paranormal research expert’s death in mysterious circumstance is not a normal sight to address. Gaurav Tiwari, 32 years old was the C.E.O of Indian Paranormal Society, who was found dead in his home, DWARKA, NEW DELHI under mysterious circumstances on Thursday.

He was married in the month of January and according to his family members, Gaurav was a very normal guy in person. However things started to turn a bit ugly since the past month when he confessed to his wife about some negative force which was trying to pull him towards itself. He also admitted that he was not able to control it and was finding it difficult to cope up with its power. Many experts claim that Gaurav’s recent encounters with super natural powers didn’t go so well and he felt ‘WEAK’ from inside.

His body was found dead in his bathroom with a thin black line across his neck. His family members tried to save him by rushing to hospital in no time but unfortunately it was too late. Doctors declared him dead by the time his body reached hospital.

Was it really a supernatural power who did this ?

Although based on the preliminary autopsy report, police said that his death did not involve any foul play and he did commit suicide by hanging himself using a piece of cloth, but it is yet to ascertain the reason behind Guarv Tiwari taking the extreme step. However no case has been registered in connection with this incident even though a legal proceeding under section 174 of CRPC is underway.

Now there are a few interesting points to note down ! !

Was it the stress that was troubling Gaurav Tiwari and his recent argument with his family members for staying out long at night. Was it the depression that hit him hard because of his apparent arguments with his wife, thus leading to the worst possible solution in the world, SUICIDE ?

If you have any extra information regarding this news, please feel free to share it with our readers in the comment section below ! !

This Lady Ordered Food Online! What The Delivery Boy Did To Her Is Very Insensitive!
BEWARE! Dooms Day Is Near! 9.0 Earthquake Lurking Under India & Bangladesh, Says Research