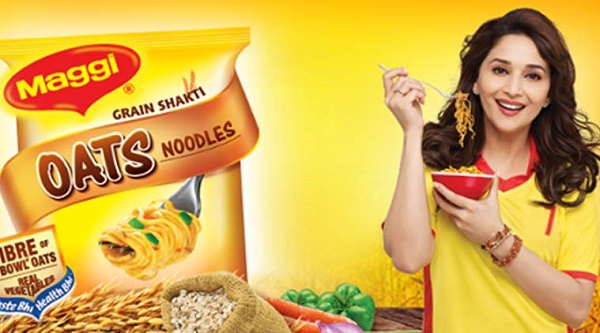 Nestle has faced a lot of criticism for its one of the most famous products “Maggi” is found to be harmful for health, especially for children, on account of the presence of MSG and lead much more than the permissible limit. For the same, Madhuri Dixit who endorses the 2-minute noodles has been in trouble and received a notice.

No doubt, questions on Maggi’s safety standards and its being actually healthy are very natural to be put up. At the same time, it won’t be wrong to say that the whole India is desperately waiting for its true answer in addition to its being banned in our country.

However, not only Madhuri but also Amitabh Bachchan as well as Preity Zinta received legal notice because they promoted and endorsed much-loved Maggi.

Let’s have a look at what Madhuri Dixit has to say in this connection via her tweets:

Like most of India, I have enjoyed Maggi noodles for years. I was very concerned after recent reports and met with the Nestle team (1/3).

Nestle explained that they always place the consumer first and have the highest quality standards. (2/3)

Nestle has reassured me that they adhere to stringent testing for quality and safety and are working with the authorities closely.

What is your opinion regarding the matter? And what do you think – should Maggi be banned or not in India? Share your views in the comments section below!!

SHOCKING: WhatsApp Group Admin Removed Two Members Who Murdered Him For This
Maggi Will Drown All Celebs- After Madhuri, This Time It’s Amitabh & Preity To Go To Court