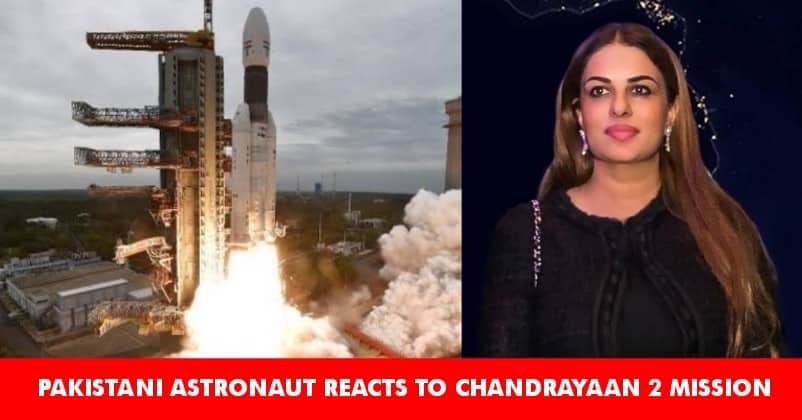 A Pakistani astronaut Namira Salim praised the Indian Prime Minister Narendra Modi, ISRO and the Chandrayaan 2 mission. She praised the mission after Chandrayaan 2 reached the surface of the Moon and Vikram lander lost its connection with the space station. While most of the Pakistanis were making fun of the failed mission, Namira came up in support and showed her maturity.

Thanking the people who praised her she tweeted, “I thanks all for the praise from #media of #India #Pakistan general public #scientific community for my support of
@isro @chandrayaan2”

In support of the mission, she had earlier tweeted, “#NamiraSalim congratulates
@isro @narendramodi on historic #Chandrayaan2 mission”

See how Twitter users hailed her for being supportive of India and showing sophistication.

I sincerely hope the youth of your nation can also walk toe to toe someday.

I appreciate your tweet on this historic mission chandra yaan 2.
Otherwise there are few people who only see this misson by specs of anti indian perspective. ISRO is working for the betterment of human race.

Thanku mam! For praising our endeavour that means alot to us.

Thank you to for positive approch on chandrayan 2

Space has no boundaries or end…Let us both countries relationship can prosper not on earth but on space.

Thanks for the positive response. Just because of you we came to know that there's also space agency and astronauts working in Pakistan.

Thanks Ma'am. Looks like On Earth we are divided but in Space we are united

Thank God that some civilized well educated Pakistanis are still there.