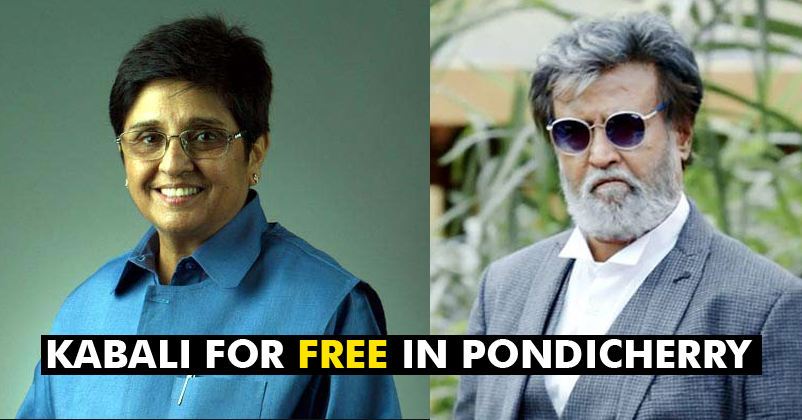 In India, if anything is for free then it has a price. Quite strange, right ? It’s because many people pay a lot to get something for free.

You might be wondering what I am saying. Well basically what I am trying to say is that if you aspire for a free movie ticket of KABALI, then you will have to do something to get. It has a price. As we all know that superstar Rajinikanth’s new movie ‘KABALI’ is all set to release on 22 July 2016, which the whole universe is quite sure that it’s going to be a super hit movie. The mad ticket sale rush has already begun. Super star Rajinikanth will be acting as a Malaysian gangster Don Kabali in his upcoming movie.

What is the price that we should pay to get the free movie ticket.

Recently a survey found out that 58% of households lack proper toilets in the Union Territory.

The government was quick to react on this and laid out a Rs 120 crore plan to build toilets for 55,200 households under the scheme of Swachh Bharat Abhiyan while a Ponchicherry collector offered free Kabali movie tickets for the Sellipet Panchayat residents for using public toilets. Although some reports also suggest that the offer is for those people who will build toilets in their own household.

This comes soon after Lt Governor Kiran Bedi requested super star Rajanikanth to be the brand ambassador of the Swachh Bharat scheme in the union territory.

Request Super Star Rajani to b Brand Ambassador of #prosperouspuducherry to be #OpenDeficationFree #ODF @PMOIndia https://t.co/fbCXLCTKuF

Well that is a very nice initiative taken up the Pondicherry Government to promote the use of public toilets and build the same in your locality.

Now according to a report given by BBC, Nearly half-a-billion Indians which is roughly 48% of our population lack access to basic sanitation and defecate in the open woods or forests.

The situation is worse in rural areas where, according to the WHO and UNICEF, around 65% of people defecate in the open. And the most horrific part of it is that women appear to bear the cost as they are mostly attacked and assaulted when they either step out early in the morning or late in the evening.
Several studies have shown that women who don’t own toilets at home are more vulnerable to sexual violence when travelling to and from public facilities or open fields.