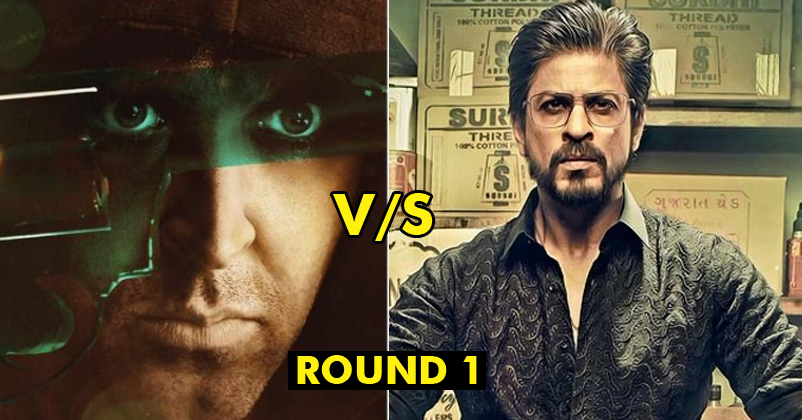 The fight between Raees and Kaabil has already started! Hrithik and SRK are trying their best to gain an edge over each other and are battling out really hard. They are already in the first phase of their battle i.e. at multiplexes. Yes, Raees and Kaabil both are struggling to get maximum number of shows.

Raees wants more shows as compared to Kaabil; on the other hand, the Hrithik Roshan starrer is ensuring that both get an equal share.
Let’s see who has managed to be ahead in the race….

PVR has already opened advance booking for Kaabil, but hasn’t started it for Raees yet. Yes, around 6 pm, 1 audi was opened for Kaabil in all PVR outlets, which means there are going to be 5 shows in all multiplexes. No signs for Raees as of now! Talking about Mumbai, Raees has been released only in 3 of its multiplexes while Kaabil has been released in 6 chains. However, when we compare the screens below, we can see that Inox is giving 55-45% in favor of Raees! Have a look at the scenario of Raees at Inox chains..

And here’s the scenario of Kaabil in Inox! Cinepolis has been quite neutral to both the movies. But it has been given 50 percent to Raees & 50 percent to Kaabil as well. Advance booking for both the movies started around 7 pm. It has opened advance booking for Kaabil at 3 of its outlets, while for Raees, it has opened just at 2 outlets. However, we can’t say that the theater is favoring Kaabil, because it has given just 1 show at the 3rd outlet. Overall, the shows are equal in number. Have a look at both the charts;

There are good chances that the single screen theaters will favor Raees! Anil Thadani, the distributor of Raees had told the single screen owners that if they give 4 shows to Raees, they will get the rights for Bahubali as well. As of now, nothing can be said; things will be confirmed on Wednesday itself!

PVR is the leader when it comes to multiplexes; now, it will decide whether it has to give 50-50 percent to both the films or whether it will give maximum screens to Raees. The fate of the films will be decided tomorrow. So what’s your opinion on this? Who do you think will win the screen count race? It is being said that Raees will be released in 2700 screens while Kaabil in 2200 screens.