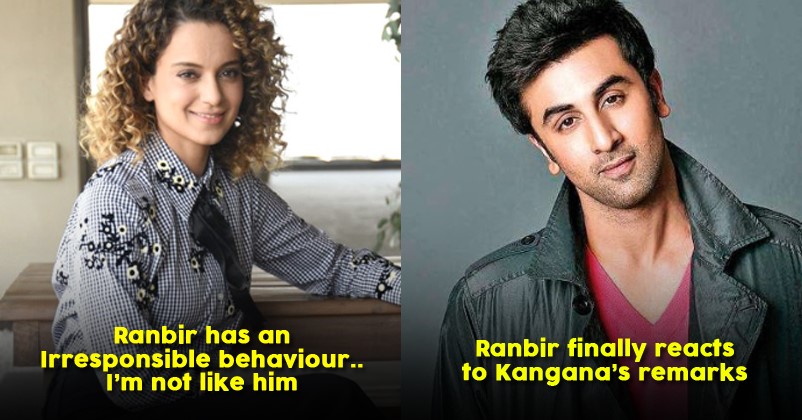 The talented actress of B-Town Kangana Ranaut speaks boldly on any given matter, be it Bollywood or politics. She recently took a jibe at actor Ranbir Kapoor for maintaining silence on sensitive issues like social or political matters. Ranbir responded on Saturday saying that he has no interest in giving answers to such questions.

At an event, Ranbir told reporters that he answers everyone’s questions but he has no interest in answering these questions and people can say whatever they want. He knows who he is and what he says.

Kangana attacked Ranbir during the media interaction at the success party of Manikarnika- The Queen Of Jhansi. When asked if she plans to join politics, she said that she doesn’t have any intention to join politics or an election campaign of any political party, many people might feel so but that is not true.

Taking a jibe at handsome hunk Ranbir she said that some people from the film industry like Ranbir Kapoor say that they have a regular supply of water and electricity at their home so why should they comment about politics? And because of people in India actors are living in a luxurious home and traveling in Mercedes so they cannot talk like that. Kangana called it irresponsible behavior.

In an interview given in 2018, Ranbir was asked why he keeps mum at political questions, to which he replied that he doesn’t follow politics since it makes no difference to his life.