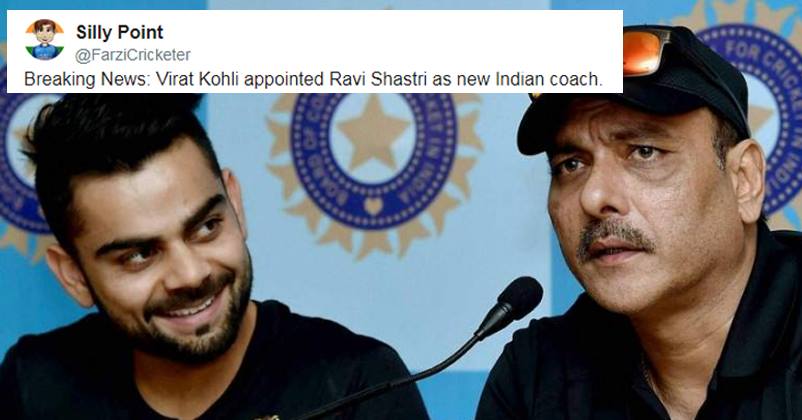 Finally after a lot of drama, the Indian cricket team got its new head coach till World Cup 2019 and he is none other than former Indian cricketer Ravi Shastri (55). He will be replacing the former coach Anil Kumble who resigned just before the West Indies tour of team India. Kumble also made it clear that he resigned because his relations with captain Virat Kohli worsened to such an extent that there was no scope of reconciliation. 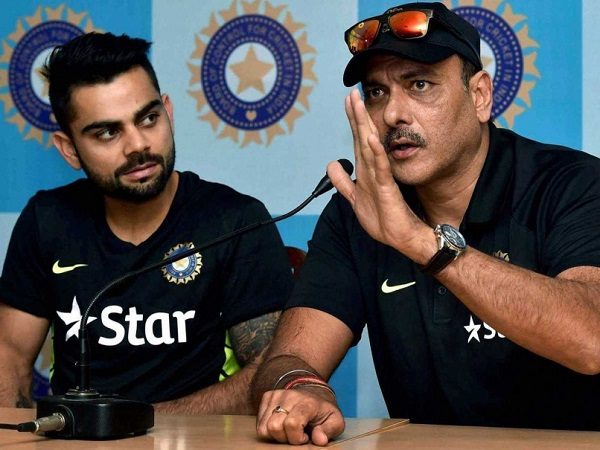 It is not hidden from anyone that Virat also supports Ravi Shastri’s candidature as they both share a good bond from the time when Ravi Shastri was the manager of team India. Twitter had a field day after the announcement of Shastri’s appointment was made and it was flooded with mostly funny, ironic, satirical and sarcastic tweets. There were many who were not happy with this development and they made it clear with their messages. Here are some selected reactions:

Kohli’s reaction on this news:

It can happen only in India:

Ravi Shastri new coach. Virat gets what he wants. BCCI and CAC dancing to the tunes of egoistic captain. Can happen only in India

Such a shame. No Ravi Shastri in the commentary box for 2 years at least. SUCH. A. SHAME.

Having @ImZaheer as bowling coach is a fantastic move.Wish Team India good luck under Ravi Shastri .Hopefully d focus will be on cricket now

Why did they create the drama of resume, interview and all?

Ravi Shastri appointed Coach of Indian Cricket team till 2019 WC. Pity others who applied fr this sham process.Why put them through this?

Why they did drama of resume nd interview if #RaviShastri as coach was to be selected by Virat Kohli himself? BTW,all the best Ravi Shastri!

Twitter had a good laugh over this appointment and few hilarious reactions outpoured:

Just after Ravi Shastri is appointed as coach of our cricket team, he announced that beer & vodka shots wd be served during the drink breaks

And the best one!

Kohli is a brilliant politician:

What is your opinion in this connection?

What This 10-Yr Female Fan Of Smriti Mandhana Did Left Everyone Speechless
Indian Cricket Fan Insulted Pak Team On Facebook! ICC Gave Him A Reply He Will Never Forget