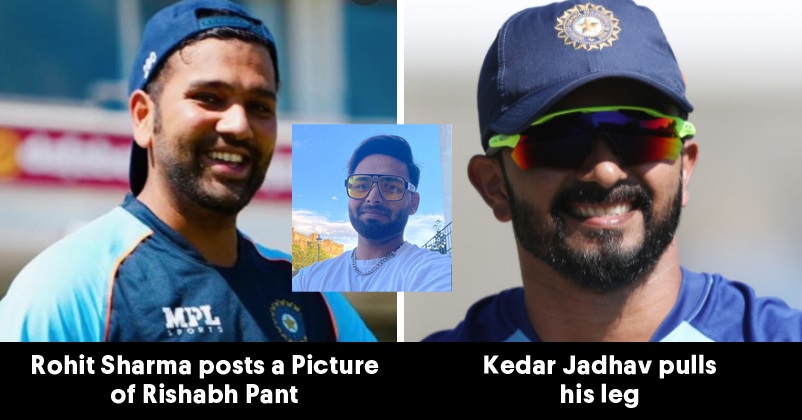 The young Indian cricketer Rishabh Pant is back with the Indian team at Durham after getting recovered from COVID-19. The wicketkeeper-batsman tested COVID-19 positive on July 8 and since then, he was in isolation at a relative’s house. However now his RT-PCR test has given negative result and he is all set to play for India. 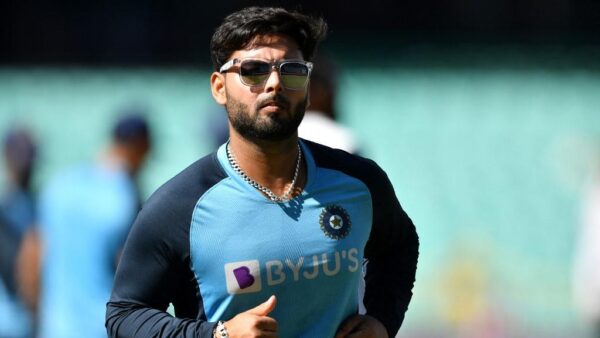 The Indian team led by Virat Kohli is presently in England where they will be playing 5-match test series against England starting Aug 4 and 23 years old Pant may play an important role in this series for India.

Rishabh Pant is a stylish cricketer and recently, the Indian opener Rohit Sharma shared a photo of the former on his Instagram account in which Pant is seen sporting glasses and wearing casuals. 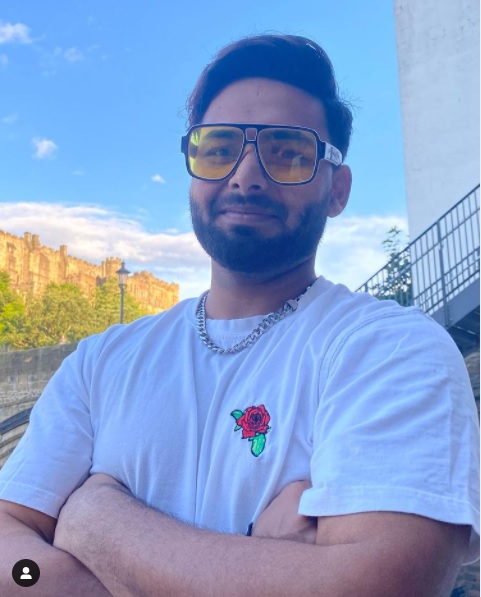 Rohit Sharma captioned the image as, “We have our own Badshah here”.

Soon fans starting commenting on the photo but there was one comment which was noticed the most and it was made by the Indian cricketer Kedar Jadhav. The T-shirt worn by Rishabh Pant also had a flower printed on this and Kedar Jadhav highlighted it as he wrote, “Our very own Chacha Neharu” with a rose emoji.

The comment was noticed by Rishabh Pant and he responded with, “Hahaha kya bhaiya yaar”.

The return of Rishabh Pant is certainly a good news for the Indian squad which is already facing problem because of the injuries that few players have suffered. Moreover, earlier there were reports that Suryakumar Yadav and Prithvi Shaw would travel to England but as of now, they are also in isolation as they featured in the list of close contacts of Krunal Pandya who tested COVID-19 positive during the tour of Sri Lanka where India won the ODI series by 2-1 and lost the T20I series by 2-1.