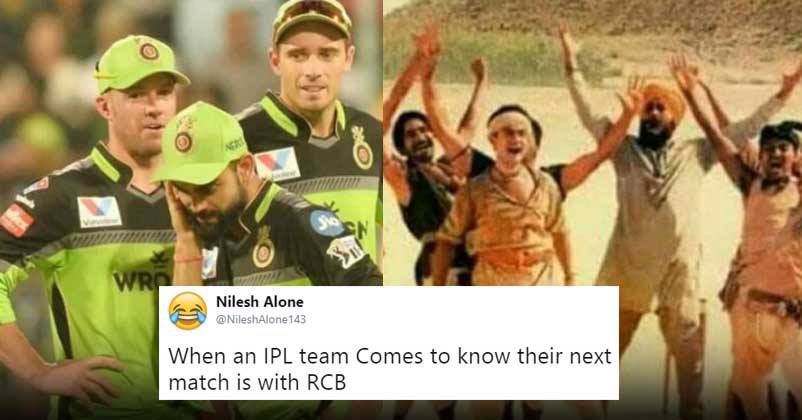 Indian Premier League was established in the year 2008. It is the 11th edition of IPL and still, Royal Challengers Bangalore has failed to win the trophy over the years. Bangalore lost their 6th consecutive match yesterday against Delhi Capitals by 4 wickets. 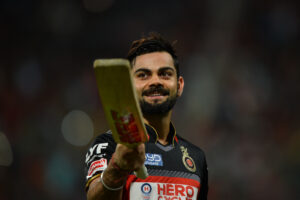 Regardless of having some of the big names in the cricketing world such as Ab D Villers, Virat Kohli, Moeen Ali, RCB is failing to leave their mark in the ongoing IPL and this is by far the worst performance by Royal Challengers Bangalore in IPL edition. RCB on Sunday walked out in all green but the changes in the uniform didn’t really make any difference.

When an IPL team Comes to know their next match is with RCB
#RCBvDC pic.twitter.com/pk20YqWyIe

As put on to bat the first, RCB managed to score 149 for 8 off their 20 overs, Delhi Capitals scored 152 for 6 in 18.5 overs and won by 4 wickets. Virat Kohli was the top scorer in RCB with 41 runs off 33 balls. Shreyas Iyer was the star yesterday who scored 67 off 50 balls and took the catch of captain Kohli. 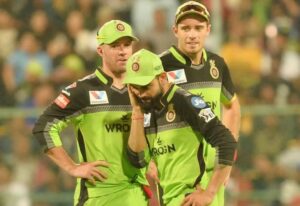 It was a helpless sight, Virat said, “We just weren’t good on the given day. That’s the whole story of RCB this season”.

He also said to the broadcasters, “We thought 160 would be competitive but we kept losing wickets at regular intervals, so I wanted to take the game deep. Even 150, had we held on to our chances, would’ve been difficult for them. We need to grab those chances, can’t give excuses every game”. 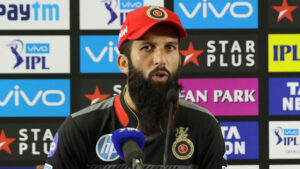 Moeen Ali told in the press conference, “Obviously it is very frustrating as players. We are training hard. We are doing the right things in the training, but not delivering on the field. We are making the same mistakes – dropping catches and giving away wickets.”

Dejected fans of Royal Challengers Bangalore and the haters took over Twitter to troll RCB again.

Kohli carrying hopes and expectations of RCB fans this season !!

#PagalPremi’s Videos Are Trending All Over. His Ex Is Bewafa & We Can Feel His Pain
This Telangana Taxi Has A Live IPL Scoreboard On Its Top. Even ICC Tweeted About It