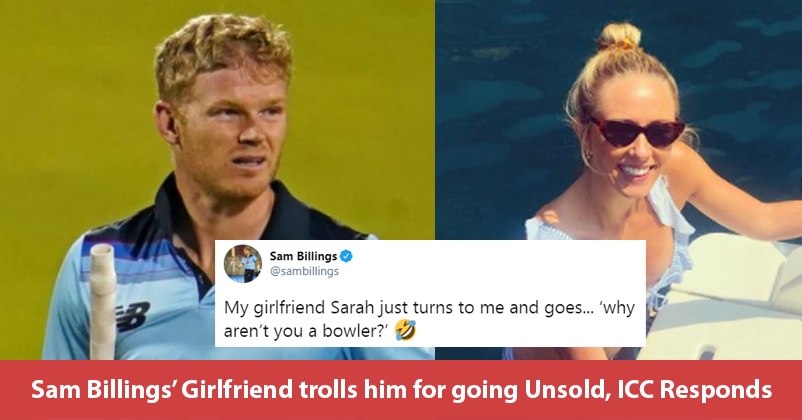 The auction for the IPL 2021 took place yesterday and while there were some players who fetched huge amount, several others went unsold. The England wicketkeeper-batsman Sam Billings is also one of those who went unsold. Earlier many felt that his base price of Rs. 2 crore was quite high but still it was believed that he would be bought as he performed great for his county team Kent and for his national side as well in T20s. Recently, the wicketkeeper-batsman performed well in Australia’s T20 Premier League Big Bash League in which he played for Sydney Thunder. 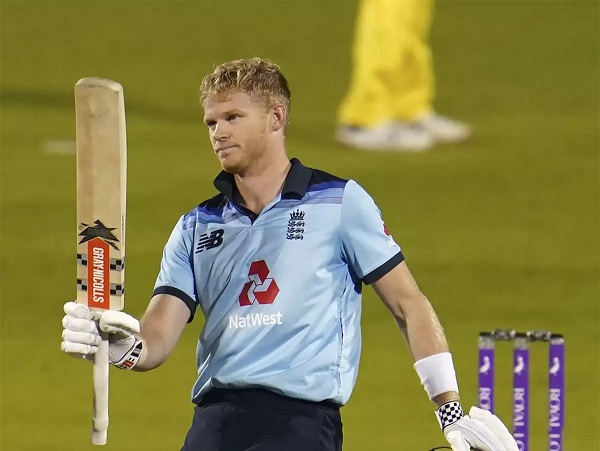 After Sam Billings went unsold in the IPL 2021 auction, the England cricketer took to the micro-blogging site Twitter and revealed how he was trolled by his girlfriend after he went unsold. Sam tweeted, “My girlfriend Sarah just turns to me and goes… ‘Why aren’t you a bowler?’”

My girlfriend Sarah just turns to me and goes… ‘why aren’t you a bowler?’ 🤣

After this tweet of Sam Billings, the official Twitter handle of International Cricket Council (ICC) also got active and trolled the England cricketer by posting his bowling statistics. In his whole cricketing career, Sam Billings has not bowled even a single ball at the international level but in his first class career, he bowled one delivery on which he was hit for a four. ICC wrote, “The only way is up”.

Soon Sam Billings also responded with, “Leg Spin incoming” as if he wanted to tell that he bowled leg spin.

It was not just Sam Billings but other wicketkeeper-batsmen including Alex Carey and Glenn Philips were not given any importance in the IPL 2021 auction too. On the other hand, fast bowlers such as Chris Morris (Rajasthan Royals – Rs. 16.25 crore), Jhye Richardson (Punjab Kings – Rs. 14 crore), etc. are bought for huge amount.

The IPL 2021 will be played in the month of April. Which franchise seems stronger to you after the auction? Let us know your views.