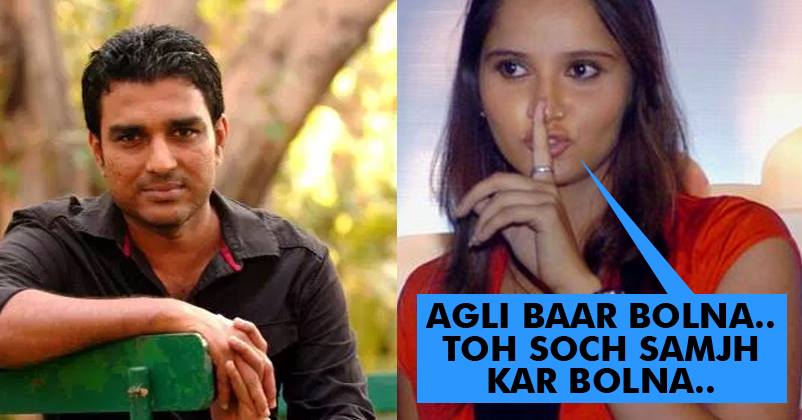 With Twitter, it has become easier for fans to reach out their favorite celebrities and also it has given users a platform to express themselves freely. But, with Twitter many surely has got a platform to start insane fights to gain unnecessary attention.

So, this is another attempt of gaining publicity by trolling a star. Former cricketer Sanjay Manjrekar recently tried trolling our tennis star Sania Mirza, but what followed was unexpected! It was Sania Mirza who was rejoicing after completing 80 weeks as the world’s number one in tennis. She received a lot of congratulatory wishes after expressing her happiness on Twitter.

Sania tweeted and expressed how amazing her journey was as a tennis player which has inspired her to work harder! Take a look at her tweet… But, looks like someone wasn’t much happy to see her celebrating. The Former cricketer made an attempt to troll her with this tweet…

Sanjay tried reminding her that she is the number one tennis doubles player. But, her fans are very aware of the fact that after her surgery in 2013, Sania left getting engaged in singles. It was a thing of common sense but Sanjay couldn’t use it well.

No worries… Sania’s reply was enough to shut him up all at once! 😛 Take a look at her befitting reply to Sanjay Manjrekar’s unnecessary tweet…

Common sense is not that common after all I guess…

Since I don't play singles anymore isn't that obvious/common sense?my bad,common sense is not that common after all I guess.. 🙂 https://t.co/fXhnaQZEM7

Wow… what a reply!!! More power to you girl. Sanjay tried showing his smartness and got nothing but embarrassment. This was a perfect answer one could have ever given.

What do you think about Sania’s reply? Don’t forget to share your opinion in the comments section below!

Ravichandran Ashwin Gave A Perfect Reply To The Troller Who Tried Hard To Act Cool
Every Indian Is Surprised To See The Other Beautiful Side Of P.V Sindhu In This Photo-Shoot!